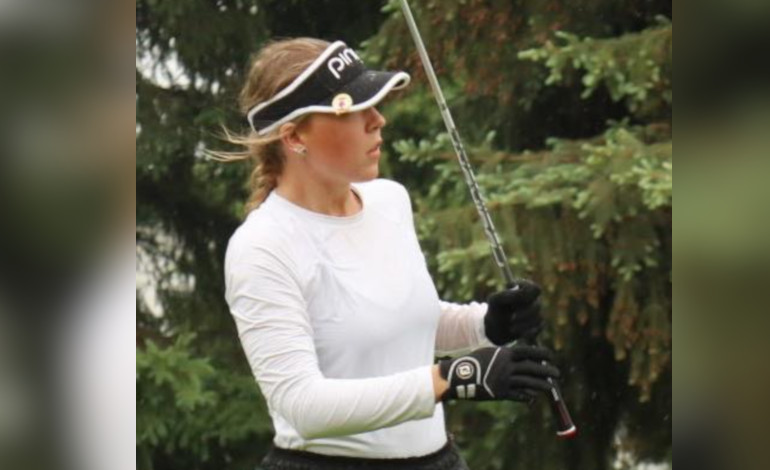 Deer Valley’s Carey McLean made her collegiate debut for Southern Alberta Institute of Technology (SAIT) on Sept. 14 and 15 at the Alberta Colleges Athletic Conference (ACAC) North Regional in Edmonton.

McLean carded rounds of 83 and 80 finish at plus-19, 163 at the 36-hole tournament. She placed second overall in the event held at RedTail Landing.

As a team the Trojans tied for second with Medicine Hat College.

The women’s ACAC Championship will be held at Coal Creek in Ryley, Alta. from Sept. 27 – 29.

United States college golf teams were on the course in various locations again to start this week.

On Monday, Sept. 16 in Grand Forks, North Dakota, Kipling’s Carson Harcourt helped the Minot State Beavers to fifth-place team finish at the King’s Walk Invitational. Harcourt shot a two-round total of 147 (72, 75) to finish in a tie for 13th.

As a team the Beavers shot plus-22 for the event.

Next up for MSU is the Flyer Men’s Intercollegiate in Romeoville, Illinois on Sept. 29 and 30.

After missing an event dealing with a minor injury Yorkton’s Kade Johnson is back on the course.

Saskatoon’s Roman Timmerman, coming off his first collegiate win tied for 15th in the event. The Riverside Country Club member shot a 54-hole score of 211 (67, 68, 76).

The Muleriders finished in sixth place as a team at eight-over par. Their next action is Oct. 7 and 8 in St. Joseph, Missouri for the Central Region Invitational.

Saskatoon’s Marc Sweeney picked up a top-10 finish on Friday, Sept. 13 in a single round event for the University of South Carolina Beaufort Sand Sharks.

Sweeney shot four-over, 76 to finish in a tie for 10th while helping his team tie for first at plus-seven at the Battle of the Bridge at the Club at Savannah Quarters in Pooler, Georgia.

The Sand Sharks will host their annual USCB Innisbrook Invitational in Tampa, Florida from Sept. 29 to Oct. 1.

Kydd competes in Battle at the Rock

The Indiana Wesleyan men’s golf team was in action at the Battle at the Rock in Peru, Ind. on Sept. 16 and 17.

Jacob Kydd, a Royal Regina Golf Club member posted a round one score of 90 and followed that up with an 86 during day two. Kydd landed in 30th at 32-over par.

Indiana Wesleyan had two teams competing at the tournament, their A team won the event at plus-42. The B squad (the leaderboard didn’t determine which team Kydd was competing for) finished in fourth place overall.

The Wildcats will now prepare for the Spring Arbor Bill Bockwitz Classic on Sept. 23 and 24.

You can follow along with all of the Saskatchewan collegiate players here.