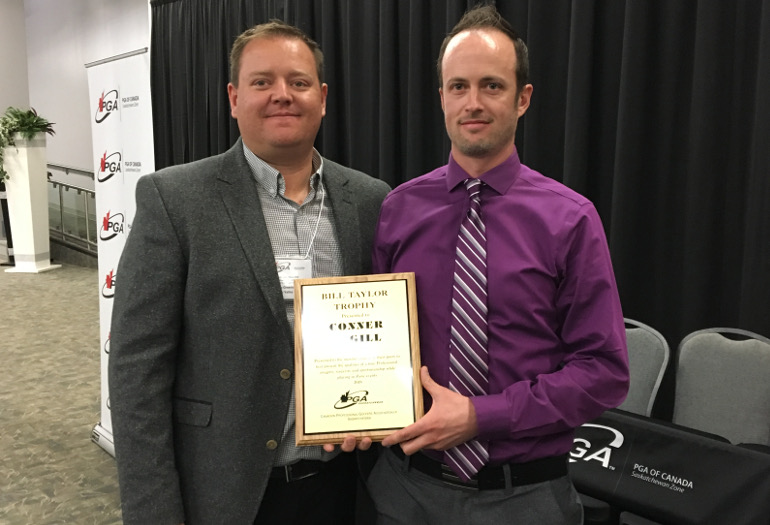 Conner McGill has been appointed the new general manager at Valley Regional Park in Rosthern and will officially take on the role starting December 10.

McGill currently resides in Warman, however he worked at Valley Regional Park in the early 2000s, albeit in a minor role.

“I was employed by the park for three years, right around 2000 to 2002,” he said. “For the first year, I was just working at the front gate of the regional park. Then two years after that I was a pro-shop staff (member) at the golf course.”

Along with managing the day-to-day operation of the golf course, McGill is also in charge of the campground and other facilities at the park.

“There’s 46 seasonal sites at the campground that I’ll oversee and then the rest of the daily rentals.”

McGill has lived in the Saskatoon area for most of his life and has pretty much dedicated his life to golf. Most of his past jobs revolved around the sport. He has worked in retail with Golf Town and has been employed at some other area courses.

McGill may be a familiar name to players in the valley region. He was an assistant pro at the Legends Golf Club in Warman for five years and was also an assistant pro at Dakota Dunes Golf Links south of Saskatoon for four years. The father of three young children said he wants to bring what he learned from those jobs to his new role at Valley Regional Park.

“I’m looking to bring my knowledge and a fresh look. The guy that’s moving on from Rosthern (Valley Regional Park) had been there for 25 years, so he’s excited to see the ideas that I might bring to the table.”

McGill studied golf management at MacEwan University in Edmonton, a course he said was a business management degree with some subjects specifically golf related. The 35-year-old is very passionate about golf and he wants to bring as many people to the game and have people enjoy the sport as much as he does. He has been married for 12 years and has three children ages six, five and three.

“They (his family) all love golf, and they love coming out to the golf course. So, you’ll see me out there with them occasionally as well.”

Even though McGill will not be living in Rosthern, it could be something he will re-think in years to come.

“I’m not going to relocate, yet. It’s a possibility down the road, but we just moved into a new place in Warman three or four years ago,” he said.

McGill has never had the title of general manager before, but he’s been in a leadership role in most of his previous jobs. There are still some familiar faces, since his last time around at Valley Regional Park, including the current head grounds keeper who was a salesman that dealt with the golf course.

“I know him a little bit, but I’m looking forward to working a little closer with him. The golf course was in fantastic shape last year when he was the head superintendent,” McGill said. “I have a good understanding of how the park operates and obviously every job has challenges, and it’s just figuring out the best way to deal with that and moving on.”