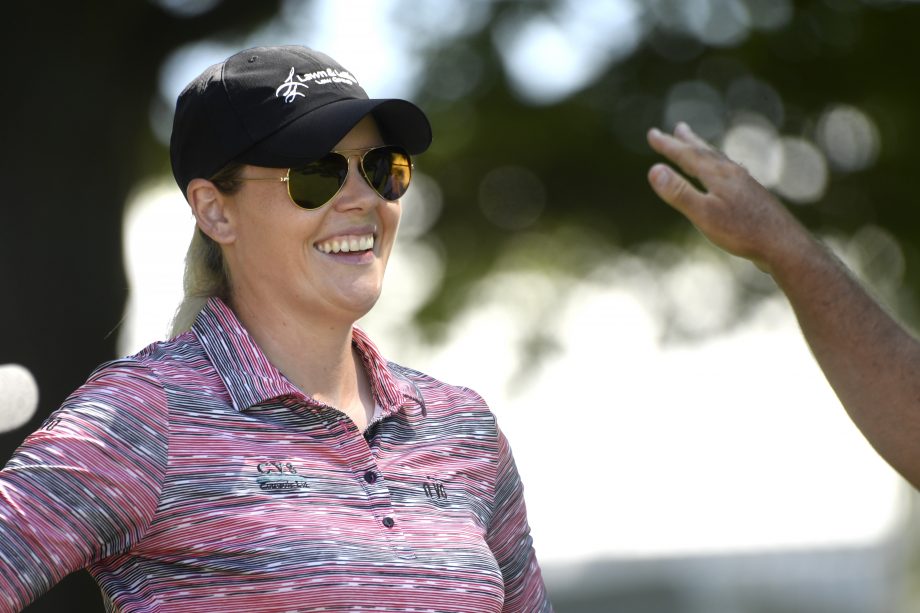 “I decided to retire from professional golf forever. Over time, I realized it wasn’t my dream and it didn’t make me happy even after good performances. I didn’t like the person I was on the golf course and I’ve always wanted to do something more rewarding than hitting a little white ball. Also being constantly away from home and the people I love was very difficult. I am very excited about the next chapter of my life and I have a lot of things I want to accomplish. I am extremely lucky to have met amazing people through golf and incredibly grateful for the support of so many people over all these years. I will never forget it ?”

LeBlanc finished 7th at the 2011 LPGA Final Qualifying Tournament to earn tour status in her first attempt. In 2012, her rookie year, she would have led the LPGA Tour in driving distance with an average of 282.6 yards, but with limited status, she did not play enough rounds to qualify.

She’s amassed more than $365K in career earnings since 2012 and currently ranks No. 393 on the Rolex Women’s World Golf Rankings. Her best year as a professional was 2016, when she earned $173,443 and finished 81st on the on LPGA Tour’s Official Money List.

As an amateur, LeBlanc was a member of Golf Canada’s Team Canada high-performance program from 2006-2010. She played collegiate golf at Purdue University, where she helped her team win the 2010 NCAA Team Championship. She also captured the 2006 International Junior Orange Bowl and 2006 Canadian Junior Girls Championship.

Golf Canada wishes Maude all the best in her future endeavours.