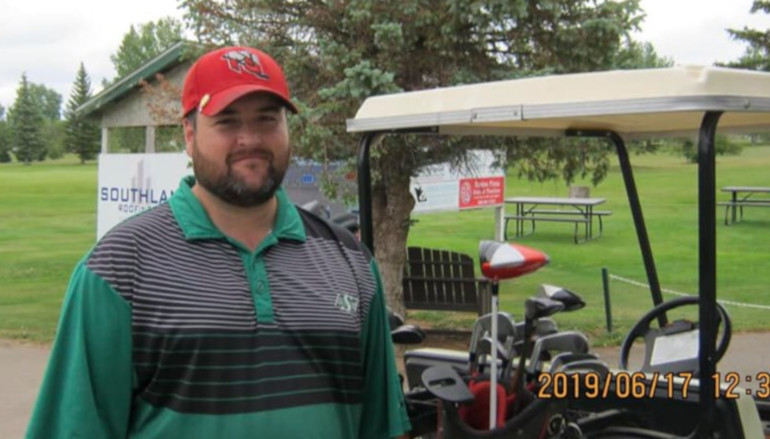 The Lynbrook Golf Club has a new 18-hole record holder.

As a dad of a four-year-old boy, Moose Jaw’s Nick Lepine will always feel special on Father’s Day, but the 2019 edition will have a lasting memory. Lepine shot an eight-under, 63 at his member club to set a new mark. Lepine didn’t start playing the sport regularly until he graduated high school but had Trevor and Craig Benson pushing him along the way. Lepine started off decent at the game and has continued to improve and enjoy it.

“Off the start it was just getting outside and doing your own thing, growing up I was a nature boy.” he told Golf Saskatchewan. “We’d go to northern Saskatchewan like Waskesiu and Elk Ridge, we’d get the first tee times and I just loved being out there.”

Lepine was fortunate to be a “mid-80’s” player when he first started but he’s worked on his game, took part in tournaments and had some success. He’s also participated in a trio of Saskatchewan Men’s Amateur Championships. However when he set out with friend Brett Sentes on June 16, he couldn’t forecast what was coming.

“I didn’t feel like it was nothing special,” he said. “I birdied the first two, but they are shorter par fives, so I was just playing my game. I got through number four, I usually give one back there because there is an out of bounds on the left and water on the right, it plays with your head a bit. I managed to get through that one unscathed. There is a couple shorter par fours, especially number six, I like to get a birdie there, but I just parred it. Then when I dropped the one on number eight for an eagle on the par four the brain started thinking, maybe this is the day? It could be a low one.”

He finished the front with another par on nine, the back began with another par before he sunk a second eagle on hole 11. Three straight pars got him to hole 15 with a solid chance at Trevor Benson’s low mark. Lepine then birdied both 15 and 16 setting up the final two holes needing to just stay even.

“There was a foursome on 17 and they were letting us through, as we were driving by Brett shouts out, oh Nick’s going for the course record!” he laughed. “That got me a little nervous, I was like what are you doing? What are you doing, he just laughed at me. I squeaked out two more pars and there it was man.”

“I can’t say I was doing anything different; it was just one of those rounds where the golf gods were watching me,” Lepine added.

He quickly did provide credit to his two friends and mentors at the Lynbrook.

“Golfing with Trevor and Craig, I know they have put up some pretty good rounds out there. To be able to beat Trevor’s record is a good feeling knowing where I came from. Golfing with them and getting to this point shows the way they taught me, all the good stuff that I picked up was all from them. I am very grateful to have them as friends,” he said.

He was also quick to give back to the sport and not become too secure in his game.

“That’s what attracts a guy,” he said. “I shot the 63 and then, it was windy, but I went out the next day with a buddy and shot 85. I was like what the heck?” Lepine chuckled.

He said he plays a couple rounds a week at the club, and another weekly nine holes with his son who likes to tee off and putt, and of course, drive the cart.