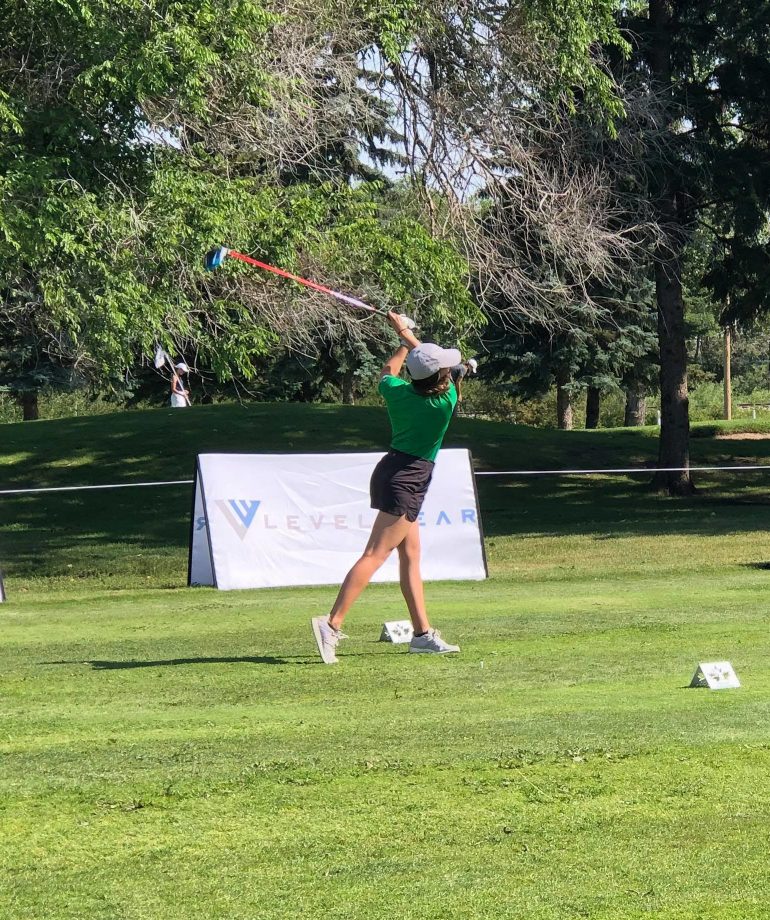 Playing all four rounds at this year’s Canadian Junior Girls Championship was the goal for Saskatoon’s Sarah Grieve, an achievement she accomplished last week at the Leduc Golf Club.

Competing in her third national junior championship the Saskatoon Golf and Country Club member made the cut at the event for the first time. Grieve was very ecstatic with that result and placing 50th overall.

“I was for sure hoping to make the cut, honestly based on previous experiences I knew how hard it was to make the cut. I wouldn’t have been disappointed if I didn’t make it, but I was thrilled when I did,” she told Golf Saskatchewan.

The championship was Grieve’s final provincial junior event. She reflected on the experiences she’s had playing junior golf including trips to Ottawa and Surrey for national championships.

“I love playing with the girls from Saskatchewan, but we play together every single tournament. It’s go great to play with other people and meet other people, it also you get better with your game by learning from others,” Grieve said.

She applauded Golf Canada and the professionalism of the national tournaments through her junior career.

“The course is always a nice challenge regardless of the higher scores that come out of them, it’s always a great experience,” she concluded.

For Regina’s Autumn Neiszner, playing well enough to make the cut was on her radar as well. The Wascana Country Club player and Keiser University commit finished in a tie for 43rd.

“My goal was to make the cut, so I was happy to be able to do that,” she said.

Neiszner has played several national events in recent years and said the week is always a good experience with excellent competition.

“I always think it’s really cool being around those other junior girls that are so good and the atmosphere, it’s so cool,” she added.

She is now in Edmonton to compete in the Canadian Women’s Amateur Championship at the Petroleum Golf and Country Club. Despite having another year of junior eligibility, she has high hopes for week.

“I try not to put any expectations on myself, but my goal is to make the cut again,” she said. “I’m just going to go out there and focus on one shot on the time and do the best I can.”

Brooklin Fry is also in Edmonton for the amateur championship. The Shell Lake product and Saskatchewan junior champion placed in a tie for 27th in Leduc.

“It was pretty good, the Leduc golf course was beautiful, but it didn’t really fit my game well,” she said to Golf Saskatchewan. “There were a couple holes that I really had to lay up, my game wasn’t on that well but overall, it was good. I was hoping to do a little better, but the place I finished wasn’t bad either so I am happy with that.”

Fry has two years of junior eligibility left and expects better results from herself in the future. This week the 16-year-old is focusing on the national amateur alongside Neiszner, Ella Kozak, and Alex Schmidt. Fry said the host venue plays better for her game than the junior event in Leduc.

“It’s an amazing course, it’s so nice. I think it fits my game better than Leduc and I think it will be a pretty good week,” she said.