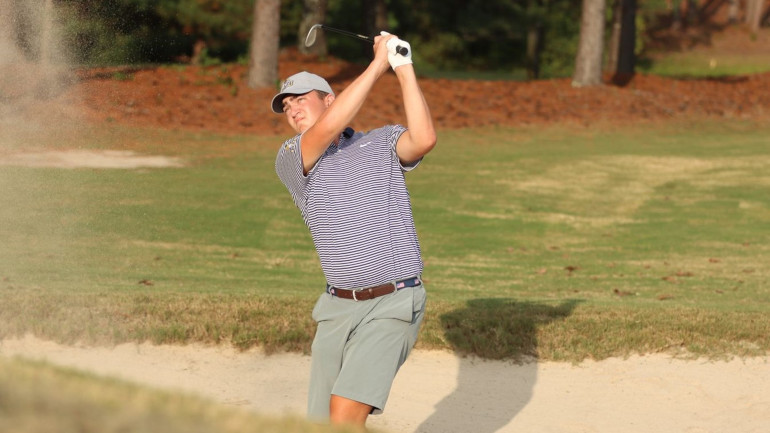 Brody Istace was back playing college golf on the weekend. Photo-CIURams.com

A couple more Saskatchewan born student-athletes kicked of their college golf seasons in the United States on President’s Day weekend.

Regina product Jacob Kydd and his Indiana Wesleyen University (IWU) teammates were in Davenport, Florida competing in the Champions Gate Spring Invite. Kydd carded rounds of 82, 79, and 77 for a 54-hole score of 238, 22-over par. He placed 40th overall. As a team IWU placed fifth overall at plus-42.

Next up for the Wildcats is an event in Kentucky in late March.

Kindersley’s Brody Istace also returned to competitive golf with the Columbus International University Rams this week. Istace was in Brunswick, Georgia taking part in the College of Coastal Georgia Winter Invite. Over 36 holes Istace shot 81-82 tying for 55th spot in the event. The Rams team was eighth out of 15 at the tournament.

Their next action is heads home for their spring tournament at Columbia Country Club on Feb. 22 and 23.

Kade Johnson and Roman Timmerman were scheduled to play over the weekend as well but their event was postponed until March 8 – 9.