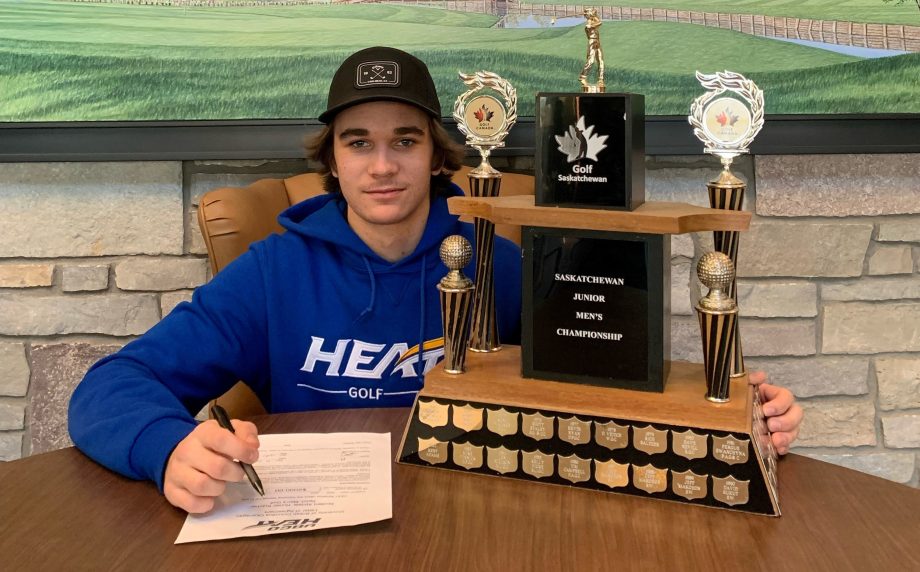 Regina’s Hunter Kutcher has decided to stay in Canada to play college golf and get an education.

The 17-year-old Royal Regina junior will be a part of the University of British Columbia Okanagan (UBCO) Heat starting in the fall. Kutcher said he’s excited to have his golf and education future confirmed.

“I’m pretty happy about it,” Kutcher told Golf Saskatchewan. “It’s been a process for quite a while now. Initially I was looking at the States but once UBCO reached out to me and I started looking into their school, it got me really excited, so I am glad to make it official.”

Kutcher said the “comfort” of staying in Canada was a factor for him in his decision. He added that playing time was also important in his college choice. The 2021 Saskatchewan junior champion said there was life outside golf that played a part as well.

“I just feel if I were to go down to Florida, snowmobiling and skiing is a huge part of my life outside of golf obviously. Staying in Canada it just makes it easier for that to stay in my life and that was a huge factor as well,” Kutcher said.

Kutcher will transfer to Kelowna around the middle of August and prepare to settle into college life. He will join Saskatoon’s Symone Ripley who competes for the women’s golf team at UBCO. Kutcher said to prepare for the next level he’s competing in the top amateur events in the province this year.

“I will be playing in the Scotia Wealth [in Nipawin] for the first time, obviously men’s amateur, junior provincials, the bigger tournaments like that. That will help me for sure just getting used to a bigger stage. Hopefully when I head out to Kelowna, I will be well prepared to get going with my first season,” he said.

In the classroom Kutcher plans to study Sustainability.

You can hear more from Kutcher in his interview with Golf Saskatchewan’s Clark Stork.