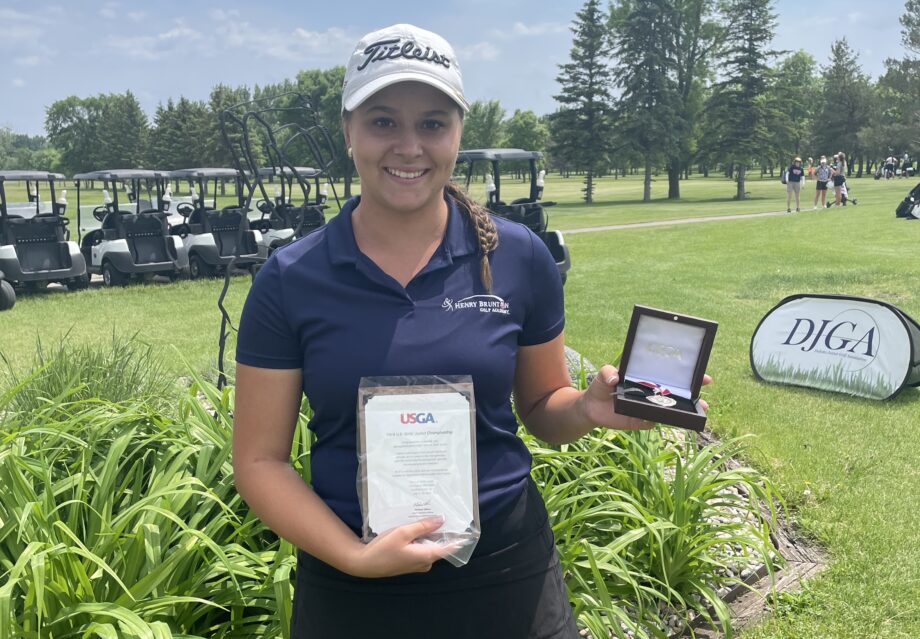 Yorkton’s Ella Kozak is going to the U.S. Junior Girls Championship after qualifying through an event in North Dakota on Monday.

Kozak, 16, travelled from Ste. Anne, Manitoba following the conclusion of the rained out NextGen Prairie Championship on Sunday to Jamestown, North Dakota to compete in the one-day event and potentially punch her ticket to the national championship in Bowling Green, Kentucky and be the first Saskatchewan player to accomplish the feat since Anna Young in 2012.

Kozak said the idea was advice from her coach Henry Brunton in Florida to enter started the schedule planning and after getting off the course with a lead and then realizing there was live scoring at the event it was a whirlwind while the others finished, she said.

“It was kind of a shocker, it took a while for it to hit me that I might have won it and qualified,” Kozak said. “It’s still kind of settling in, it’s definitely something I’ve never felt before.”

Kozak placed fourth at Golf Canada’s NextGen event. The three-day tournament had the final day washed out and that allowed Kozak to make her way to the United States a little earlier than planned. Despite the disappointment in not finishing that event Kozak said the weather was potentially a blessing.

“Part of me really wanted to play (Sunday at Quarry Oaks), I felt really ready, even though I played two-and-a-half holes I felt it that I was going to play well. I was in a good mood, it sucked but like you said, a blessing in disguise, I was really well rested for my round,” she said.

Kozak won the qualifier with a 2-over, 74, three strokes better than Rylee Heryford and Rose Solberg.

The U.S. Junior Girls Championship will be held at The Club at Olde Stone from July 18 to 23. Kozak said nothing drastic will change with her game ahead of the premier event. She said her daily preparation will continue leading up to the championship.

“I’m really happy where my game is at right now, I’m just going to tweak a few things. Not really any big changes, just practicing, grinding, making sure my short game stays in touch and making sure I’m ready to go,” she said.

You can hear more from Kozak who spoke with Golf Saskatchewan a couple days after the qualifier.