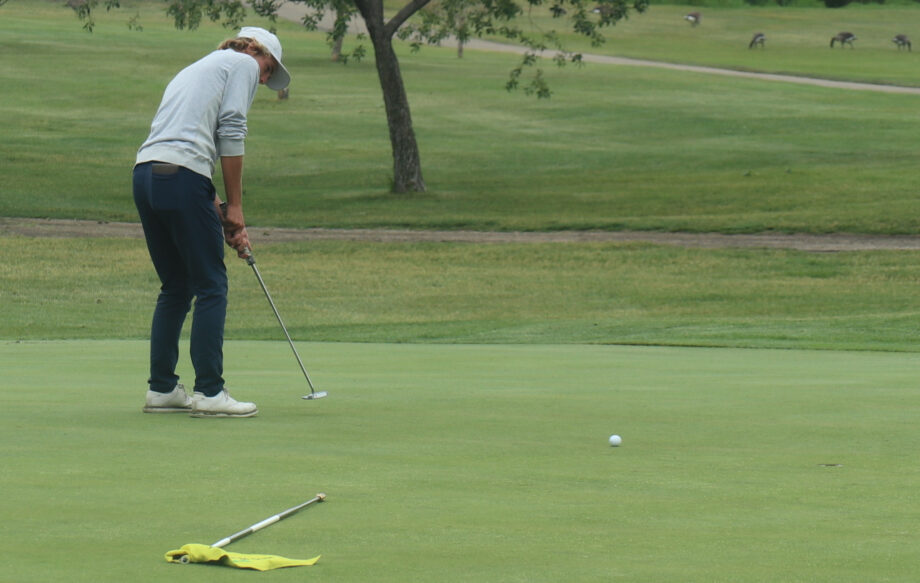 Saskatoon's Tommy Danielson is the first round leader of the 2022 Saskatchewan Junior Men's Championship.
Clark Stork

Ella Kozak of Yorkton is the first round leader of the 2022 Saskatchewan Junior Women’s Championship.

Kozak, 16, carded an opening round score of 5-over par, 78 at the Royal Regina Golf Club on Tuesday. She leads Shell Lake’s Brooklin Fry by four strokes.

Autumn Neiszner is third at 12-over par after the Regina golfer shot 85 in the first round of the 54-hole tournament.

Chloe Wills of Kyle leads the under-15 girls division after recording a 6-over par, 78. Swift Current’s Niya Friesen is second at 12-over par, 84. Grace Odnokon shot 79 in the Saskatoon players provincial debut.

Regina’s Yuna Lee is atop the under-13 girls division.

Saskatoon’s Tommy Danielson was just one of two players to shoot under par in round one of the Junior Men’s Championship.

Danielson, 17, was a shot better than Chase Pochylko on Tuesday at the Royal Regina Golf Club, Danielson posted a 2-under par, 69. Pochylko, also of Saskatoon is at 1-undr par, 70.

Two players are tied at 1-over par, Kindersley’s Cort Tunall and Regina’s Luke Cote each posted scores of 72.

A logjam of players are tied for fifth at 2-over par, 73.

There is a tie at the top of the under-17 boys division.

Weyburn’s Darien Herlick and Ryden Amberson of Regina each opened the championship with a 2-over par, 73.

Brayden Skene of Warman is third at 3-over par.

The boys under-15 leader is Ryan Mosher of Saskatoon. He shot an opening round score of 4-over par, 74.

Dane Giesbrecht of Warman is second at 6-over par, 76. Elias Haukeness of Buena Vista and Saskatoon golfer Aricin Franklin are tied for third at 7-over par.

Regina product Austin Nesbitt leads the under-13 boys category after he shot 81 on Tuesday.

The complete results of all the age groups can be found here.

Players will be back on the course Wednesday beginning at 7 a.m.

The championship will conclude on Thursday.