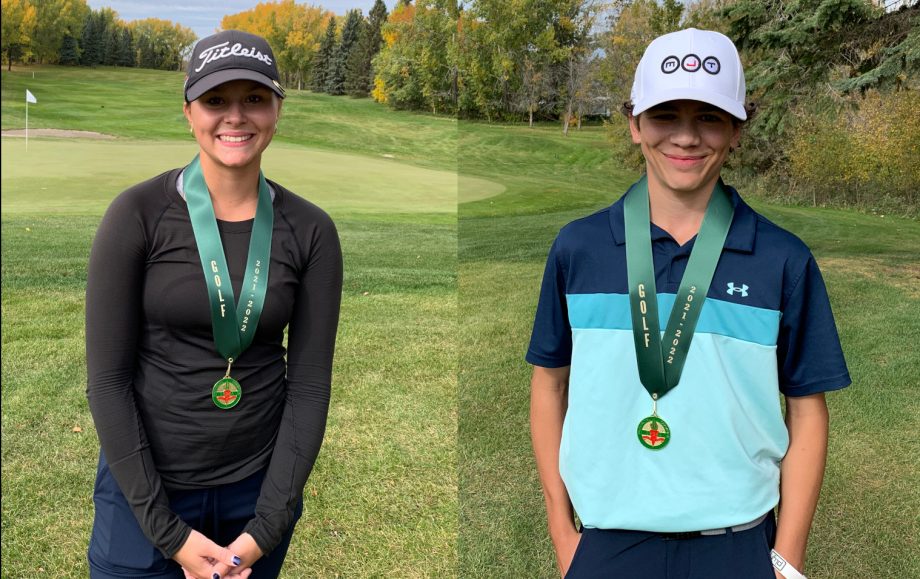 The 2021 Saskatchewan Amateur Women’s champion added the high school win to her resume this season on Saturday at Valley Regional Park Golf Course in Rosthern.

“It was good, I am glad I went,” she told Golf Saskatchewan. “I haven’t been to a high school provincials, that was my first one that I’ve been old enough to go to because last year was cancelled. It was really nice to be there and play with new people. It was nice because there was lots of girls too. Everything came together that last round.”

Kozak opened with a 78 on Friday before using much more favourable weather conditions on Saturday to shoot 70 for a 36-hole total of 148. Kozak said winning the championship was important to her and is meaningful.

“I’d say it’s pretty special to win a high school provincial championship. I am really proud of myself, I thinks it’s a big accomplishment,” she said.

On the boy’s side, Estevan’s Ryan Chernoff was the champion with a score of 142 (74, 68). Chernoff said he’s happy with how he played on route to the championship.

“I just played my game,” he said. “I hit my driver good, I gave myself good spots to stick my wedge shots close and putts were going down. The game just finally clicked together; it was a good feeling.”

Much like Kozak and most of the field, Chernoff’s score was better on day two with the near perfect conditions. He said using some motivation from a fellow competitor also helped him shoot 68, the low round of the day.

“At the start of the round, one of my buddies from Warman came up to me and was like, ‘oh Ryan you better play a good round today or Team Warman is going to beat you.’ That fired me up a bit, I wanted to help Southeast win, so I knew I had to play a good round. I hit 17 greens in the second round, that was the difference,” Chernoff explained.

Martensville’s Myles Johnson was second at 149 (73, 76). There was a tie for third overall, Darien Herlick of Weyburn and Keaton Cote of Kindersley each shot 36-hole totals of 151.

Chernoff admitted that without Saskatoon golfers being in the field as they have their own high school athletic association the event was missing some top juniors from that centre but he’s still proud of the victory.

The complete results of the tournaments can be seen here.