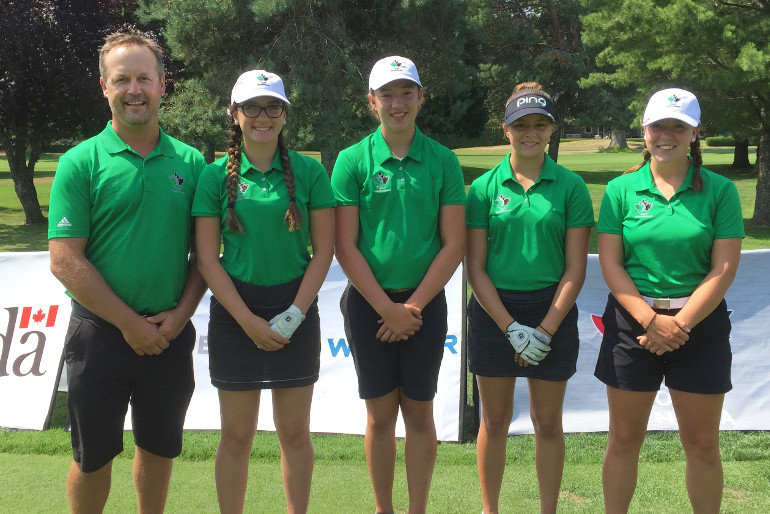 The ladies representing Team Saskatchewan are in British Columbia for the Canadian Junior Girls Championship that opens Tuesday at the Beach Grove Golf Club.

Provincial champion Brooklin Fry of Shell Lake leads the team along with Saskatoon’s Sarah Grieve, Carey McLean of Deer Valley and Yorkton’s Ella Kozazk. Grieve will be first to tee-off, her round begins at 10:28 a.m. Saskatchewan time. Kozak, who has been in B.C. since her appearance at the Canadian Women’s Amateur Championship will tee-off at 10:39 a.m. 13-year-old Fry will be on the blocks at 10:50 a.m. and McLean has a late tee time, she will start her round at 3:28 p.m.

The team is coached by Steve Ryde.

All four earned their way to nationals through their performance at the provincial junior tournament held July 9 to 11 at Moon Lake Golf and Country Club.

The national event is four rounds and includes an inter-provincial competition as well.

Online scoring for the championship can be found here.