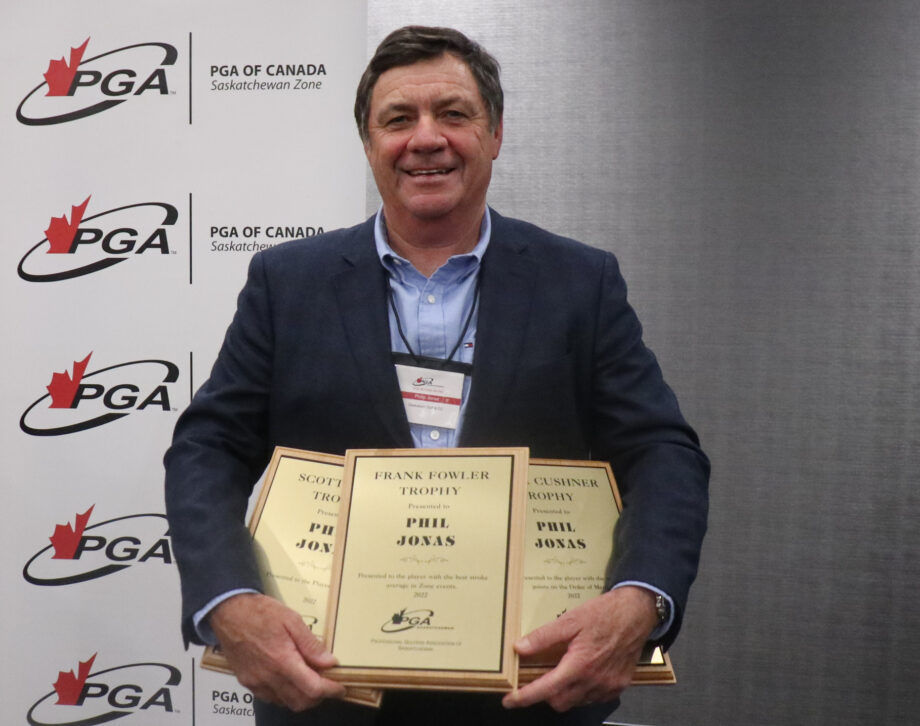 The PGA of Saskatchewan Buying Show is back for the first time since 2019, this year at Dakota Dunes Resort.

Tuesday night after day one of the two-day show the organization held their annual awards banquet. Saskatoon’s Phil Jonas was the big winner taking home three honours including the Frank Fowler Trophy, Scott Knapp Trophy, and the Peter Cushner Trophy. The Saskatoon Golf & Country Club based pro spoke about his season and sharing the night with colleagues and his wife Patty who coaches alongside him at the club.

Saskatoon Golf & Country Club General Manager McLaren Taylor took home the Graham Coulter Trophy for Professional of the Year which he was presented by Coulter during the gala.

The Junior Leader of the Year went to Long Creek Golf Club’s Brad Lovatt in Avonlea for the success of the junior program in Avonlea.

Lovatt has recently be named as a new assistant pro at Wascana Country Club. He talked about the honour of winning, the junior program at Long Creek and the mixed-emotions of leaving the club and advancing his career.