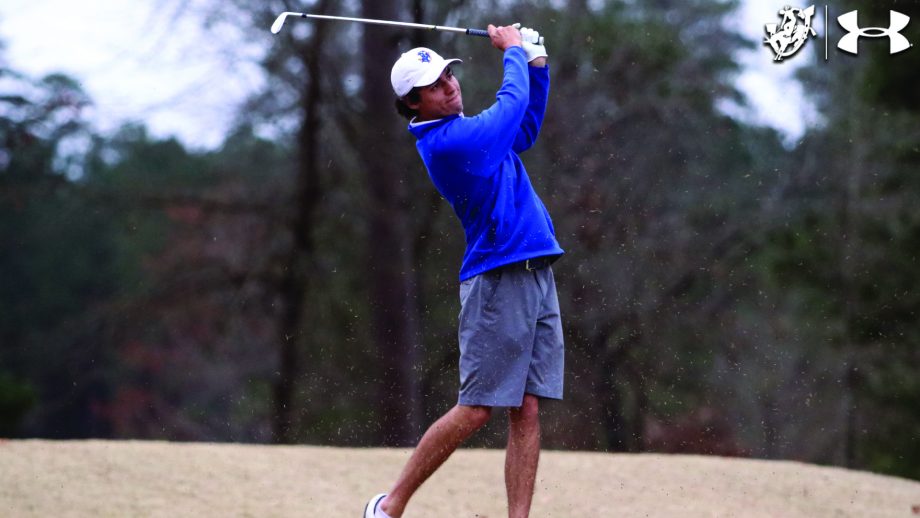 With the college spring golf campaign heading into their postseason in the United States Kade Johnson is looking back on a five-year “journey” at Southern Arkansas University (SAU).

His career is not quite over yet however as Johnson and teammate Roman Timmerman have been selected to play in the NCAA Central/Midwest Regional in Kansas City, Missouri on May 6 – 8. He played his last regular season college event his week placing in a tie for 20th overall at the GAC Men’s Championship in Hot Springs, Arkansas. Recruited out of Yorkton and Deer Park Municipal Golf Course, Johnson reflected after his last scheduled event this week.

“It’s been kind of a crazy journey,” he told Golf Saskatchewan. “Getting recruited out of high school in Saskatchewan is tough because you are not seen as top potential recruit from all these coaches because you only play golf six months of the year so your scoring average might not be as good as the guys in Louisiana, Arkansas, Texas, anywhere in the south. Your game can definitely still be there so you kind of have to be taken a chance on in a way to be given an opportunity to have 12 full months of golf. I was very fortunate for Coach (Ben) Sanders to give me that opportunity.”

Johnson’s career with the Muleriders is plastered with awards, high finishes, a tournament win, and records for the school that has seen it’s golf program elevate during his half decade at the university. Johnson said from playing “catch up” for the first two years he has exceeded all his expectations.

“I think I exceeded all my goals to be honest,” he said. “I didn’t know how college golf was going to be or what it was going to be like. My first year here I had a 77-scoring average. I knew my game was better than that but compared to the other players that’s where I was. Here we are five years later I have a win, a couple all GAC first teams and to cap it off with player of the year this year is pretty special.”

The announcement of player of the year for his conference came after his final regular season event.. He said etching his name in history with other high-end players is something he will cherish.

“For the first few years here seeing these guys in our conference that won these, just seeing them miles ahead of my game at the time. Like really good, polished games and now to be able to win it myself on the way out is really special. I worked really hard for it, it is pretty awesome,” he said.

As Johnson prepares for regionals in May and a potential national tournament appearance, he admitted the last five years have come and gone quite quickly but he would not change anything.

“I am really happy how it went. I came down here and had a great team for all five years and Roman coming down during my second year, being able to do with him too is pretty sweet. We got a bunch of team wins, we got up to 20th in the country at one point. I don’t think I’d change anything, I’m really happy with how it played out,” he said.

Johnson will graduate on Friday and then head to Kansas City for the tournament. Once his college career is over he will return to Saskatchewan, seek a second amateur title, play the Glencoe in Calgary if its held plus go to nationals if he qualifies. Once the summer is over he plans to head back to the United States and chase a professional career. He said none of that would have been possible without college golf and wants to encourage aspiring junior golfers to push for a collegiate career and more.

“If you have an opportunity to go down south you have to take it. Playing maybe at a more competitive school in the north in my opinion is not going to get you as far as playing at a less competitive school in the south. Just being able to play outside all year round and being able to go to a school that you can play every single tournament at is huge. You are going to go to these tournaments against other players who are very good players, it doesn’t matter what level you are at, there is good players at every single level, in every single conference, at every single tournament,” he said.

You can hear more from Johnson below as he spoke with Golf Saskatchewan’s Clark Stork following his final regular season event.