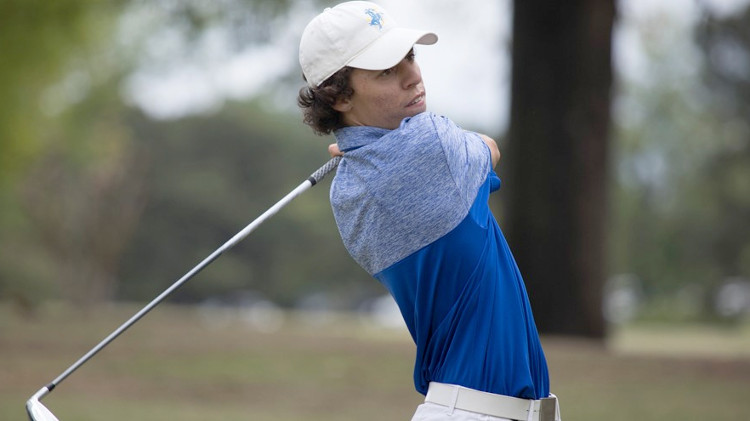 Yorkton’s Kade Johnson is being honoured for a solid second season of college golf in the United States.

Johnson took up the game as a nine-year-old encouraged by his grandfather, after playing numerous seasons at York Lake and Deer Park in Yorkton the 19-year-old is now playing at Southern Arkansas University in the NCAA Division II. Recently Johnson received an honourable mention among the All-GAC men’s golf awards. Johnson was the lone Canadian among the list of 15 players. He said the recognition was nice to receive following his second year.

“Yes exactly, we had our awards banquet the other night and it was great to receive that,” he said.

Johnson was the top finisher for his school in 10 of 21 team rounds this year. On the season he averaged 74.5. Johnson shot over 70 just once this year and carded in the 60’s three times. Overall, he said the season was memorable.

“It was awesome, we play at a beautiful golf course, another one is nice, the coach has been great. This past season was really good,” Johnson said.

The 2016 provincial junior champion in Saskatchewan is currently preparing for finals and will return to the province this summer. Johnson said he will play the men’s amateur championship and the annual Lobstick in Waskesui among other tournaments. He said playing the IMG Academy Junior World Championship last July was an unforgettable experience.

“You go to a tournament that Tiger Woods won and others on the tour have won that was great. To finish off my junior career at the Canada Games was a nice touch too,” Johnson said.

Johnson will return to Arkansas in the fall and continue his collegiate career. He appreciates the education he’s receiving but when his schooling is complete he hopes to turn professional.

“If my game is where I want to be I will give it a shot. It’s what I’ve been dreaming about for a long time,” he said.