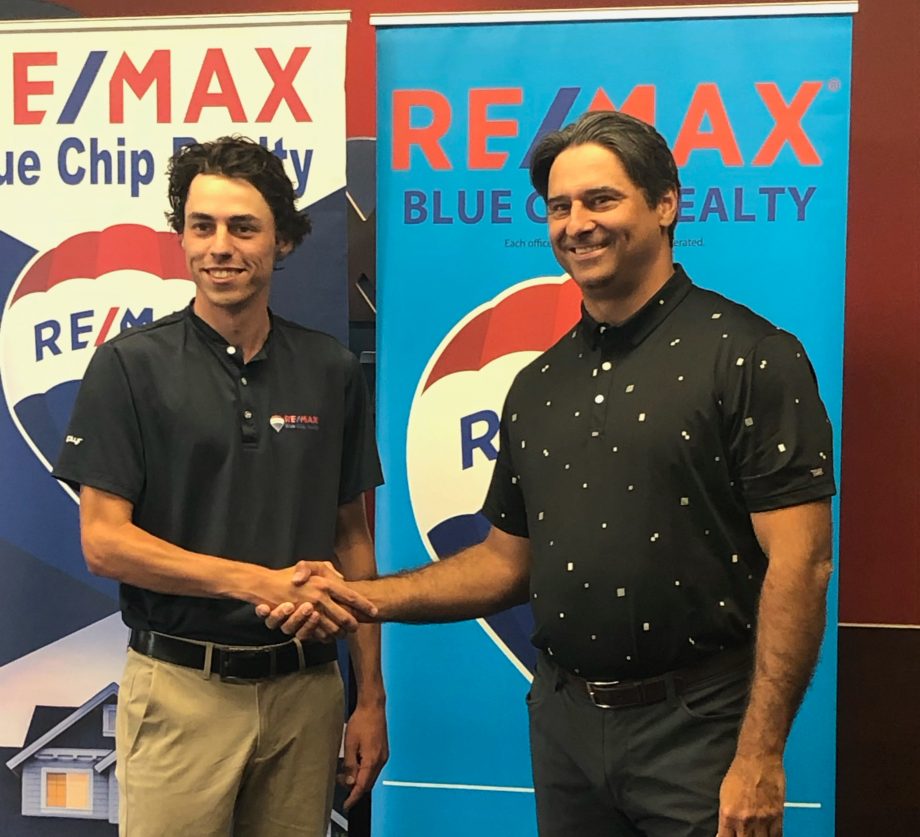 Johnson, 22, made the announcement alongside RE/MAX Blue Chip Realty owner Rob Kozak on Monday in Yorkton. The two parties have agreed on a three-year sponsorship agreement. Johnson said receiving support from the Kozak family is appreciated.

“It’s really nice to have a company that’s not just giving you money to play but they really want to help me out through the whole process,” he told GX94’s Benny Walchuk on Monday after the announcement.

His first event as a professional will be later this month in Prince Edward Island on the Mackenzie Tour. Kozak said assisting Johnson in his journey is something he is happy to do as he knows the financial restraints that can come with starting a career.

“It was a no-brainer, I understand being a golfing dad myself the expenses that go into it especially when you’re starting your pro career and I’ve known Kade a long time and know he works hard and is determined and we were happy to get support him for the next three years,” Kozak said.

His last tournament as an amateur was the Mark’s Blue Owl in Yorkton at his home course, Deer Park, fittingly he won the championship.