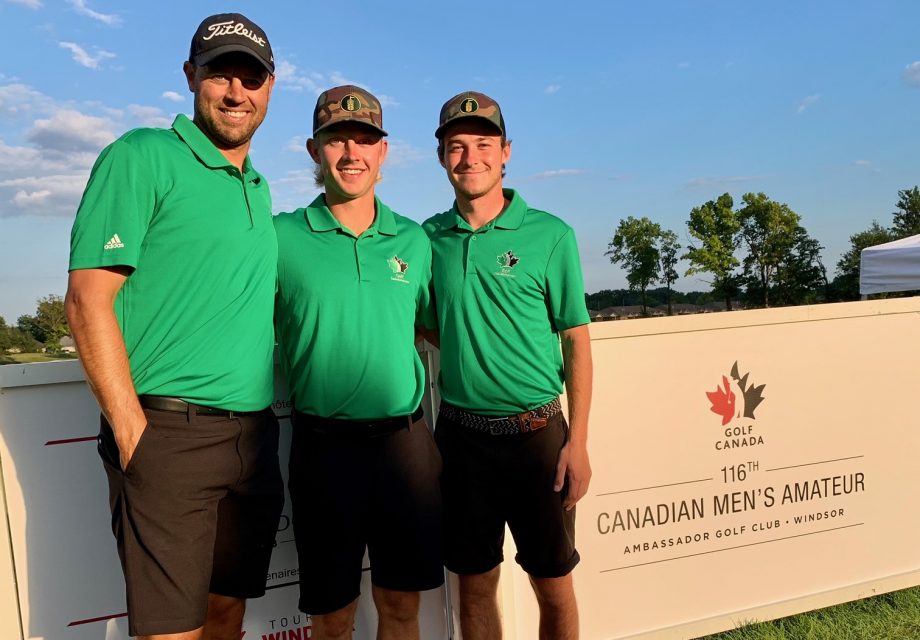 It was another good day on the course for Saskatchewan golfers at a national event.

Five of the six locals competing at the Ambassador Golf Club in Windsor, Ontario made the cut on Tuesday at the Canadian Men’s Amateur Championship.

Josh Nagy and Kade Johnson were the biggest movers during the all-important second round of the 72-hole tournament in its 116th year. Nagy, playing out of Riverside Country Club moved up 48 spots thanks to a second round 1-under, 70. He’s tied for 64th, a stroke ahead of the plus-6 cutline. Johnson shot up 44 positions on the leaderboard after a dynamite, bogey-free round 5-under, 66. The Yorkton product is tied for 20th at 2-under par.

Roman Timmerman was tied for fourth going into round two at the Ambassador Golf Club shooting a sparkling 67 Monday. The Saskatoon resident was 5-over in round two. He still sits at 1-over, four shots under the cut. The Saskatchewan champion is tied for 32nd.

Regina’s Tyler Wright followed an opening round of 73 with an even 71 on Tuesday, the Wascana Country Club player is tied for 40th at 2-over.

Ty Campbell shot 72 during round two, the Saskatoon product is 3-over par after 36-holes, tied for 48th and well under the cutline.

The leaders sit at 11-under par, William Duquette of Laval, Que. and A.J. Ewart of Coquitlam, B.C. lead the championship.

Timmerman tees off first on Wednesday for round three, he begins at 6 a.m. Wright follows ten minutes later while Campbell tees off at 6:30 a.m. Johnson will start his round at 7 a.m. and Nagy is slated to begin his round at 7:50 a.m. *Saskatchewan times