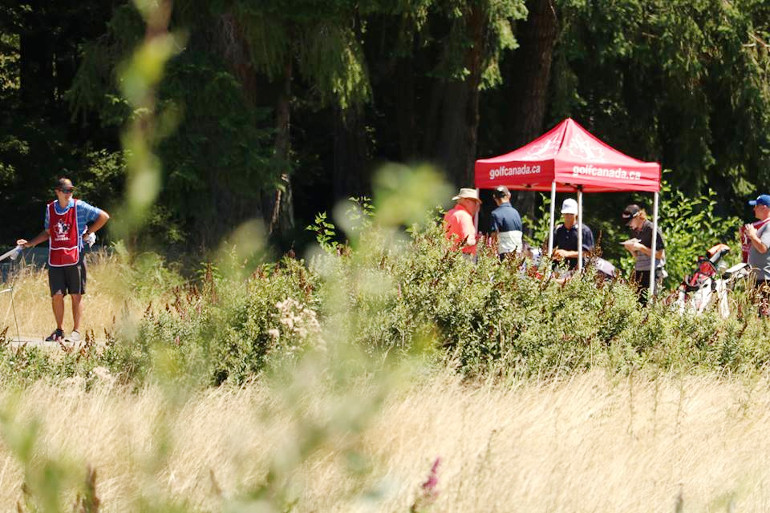 Yorkton’s Kade Johnson and Saskatoon’s Shaun Dunphy are still in the hunt at the Canadian Amateur Men’s Championship in Duncan, B.C.

Johnson, 19, the Saskatchewan amateur champion parred the Pheasant Glen Golf Resort course on Tuesday finishing at plus-2 after two rounds. The cut line was set at plus-3. Johnson opened his round with a pair of birdies, he bogeyed hole three but rebounded with another birdie on five. The Deer Park Golf Course member birdied eight and bogeyed nine to come into the turn at 2-under. The back nine was as clean, Johnson bogeyed holes 10, 11, and 16 before he birdied 18 to post a 71.

Meanwhile, Dunphy followed his opening round of 69 with a 5-over, 76. Although the Saskatoon Golf and Country Club golfer was seven strokes higher during round two, his 145 was good enough for a tie in 59th place, just ahead of the cut line.

Ty Campbell played well Tuesday carding a 2-under par, but he missed the cut at plus-5 overall. Justin Wood finished at plus-8, David Stewart was plus-10. Roman Timmerman improved heavily on his round one 85 shooting a 73 on day two, he finished at plus-16, Humboldt’s Mike Herperger finished at 18-over. Liam Courtney and Keighton McNab, both of Saskatoon finished at plus-20 and 29-over respectively.

Zach Bauchou of Forest, Virginia is the leader at 9-under par.