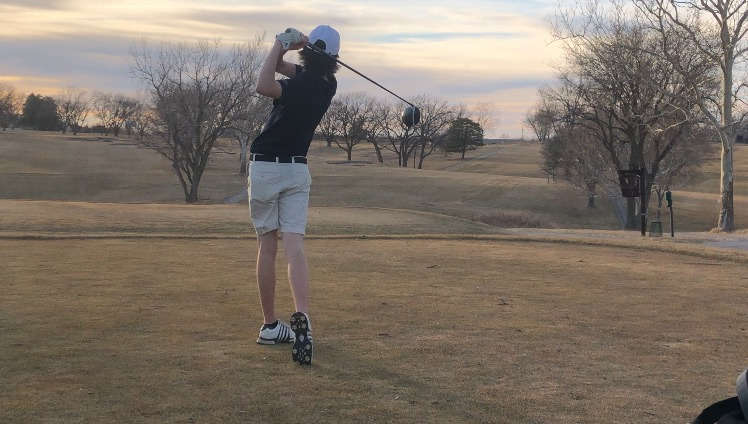 Cole Jenkins is currently in a busy stretch of golf competing for Southeast Community College in Nebraska.
Clark Stork

For Cole Jenkins, the thought of playing college sports has always been a dream but the Prince Albert product didn’t know what sport could lead him to his goal once high school was complete.

At 14 years old Jenkins was diagnosed with another concussion playing hockey and that was the point he decided to jump all in for golf. Starting at Cooke Municipal Golf Course on the putting green Jenkins eventually got into some local junior events at the age of 11. Once he turned his full focus to golf he started competing in Maple Leaf Junior Tour (MJT) tournaments and provincial championships.

After graduating from high school and using the popular Next College Student Athlete recruiting service Jenkins landed with the Southeast College Storm, a school in Nebraska that competes in the National Junior College Athletic Association. The now 20-year-old said despite COVID cancelling the first part of his collegiate career that his choice has worked out well.

“It’s been good,” he told Golf Saskatchewan this week. “It’s been a big change, this is the first time I’ve moved out of my house you could say. It’s been a big growing opportunity and I’m learning a lot.”

Jenkins is coming off his first event of the spring season this week with the Storm. Unfortunately after a first round score of 83 at the Kirkwood Eagle Spring Classic in Marion, Iowa the storms rolled in and forced the event to cancel the second round. Qualifying for next weekends event in Heston, Kansas are currently underway.

The team went to the national championship last year but Jenkins didn’t qualify. He said the goal this year is to play in that event in May. He said playing alongside a strong team including Geronimo Narizzano, who placed fifth at nationals last year has helped his game immensely.

“Back home you see the same golfers at every tournament and grow up with them, moving down here and literally not knowing a single person it was crazy seeing all the good golfers at all these tournaments,” he said.

In the classroom Jenkins is studying Business, he hopes to operate his own company in the future.

He also wanted to thank a long list people outside his immediate family that contributed to his chance at college golf.

“Darcy Myers, Ryan Wells, all the staff that’s worked in the proshop over the years I have been a member, all the men’s club members at Cooke, my cousins Scotty and Travis for being a big factor on why I started competitive golf, MJT and Golf Saskatchewan for bringing the best competition together and always putting on great tournaments, and my current college coach Calvin Freeman,” he said.

You can hear more from Jenkins below in his interview with Golf Saskatchewan’s Clark Stork.