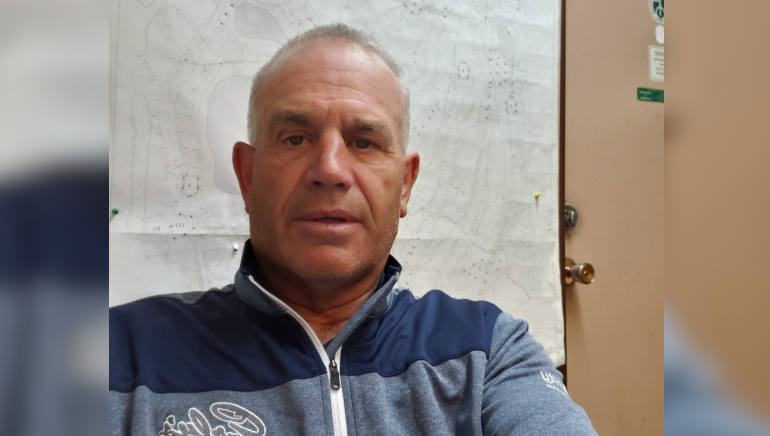 Terry McNeilly explains why aerating greens is crucial to their health.

The sun is shining on a beautiful Saskatchewan day, you load your clubs ready to hit the links with friends, league night or for a quiet round on your own, but you see sand covered greens at your favourite course. The let down is there but aerating the putting surfaces of a course is crucial for the health of the greens.

“We aerify to relieve compaction, get air to your roots, you want to release any gas build up below that could negatively effect your turf plant,” McNeilly explained to Golf Saskatchewan.  “We’re basically preparing the greens for winter and the heavy traffic of summer.”

The SGCC staff aerate their greens two times a year. Once in the spring and again in late August or early September. McNeilly said the timing of aerating is important to green health.

Top dressing is an important aspect of the aeration process. McNeilly said proper sand must be used as well to do the job properly. He said the grains need to vary in size to allow proper drainage and water flow.

“The sand reduces compaction because it doesn’t compact,” he said. “It’s basically a bunch of different sized rocks you are putting in the holes and in between those rocks it allows oxygen and water movement down into the soil. It allows air in there that helps your roots grow.”

Weather plays a factor in the process as well. Weather dependant, McNeilly said it take two days for them to complete the aeration process.

“If your sand isn’t dry it tends to seal the holes when you drag it across the green and not drop down into the holes, so it almost trowels it. You want your sand to be as dry as possible, depending how sunny it is that day it has to sit there for a couple hours with direct sun for us to brush the sand into the holes,” McNeilly described.

The SGCC tries to work on the aeration process around golfer’s tee times and their annual September tournament. McNeilly said the process is not something his crew desires to do but it’s crucial to their green’s health.

“We’re not suckers for punishment, we don’t do this because we enjoy frustrating the golfers,” he said. “We do it for the health and future health of the greens. Aeration is the most important thing we do to the greens all year. It’s something we can’t get around and anybody that thinks they can is fooling themselves in my opinion.”

In July the best amateur men’s golfers will converge on the SGCC for the provincial amateur and mid-amateur championships. The course is in top form in early June and McNeilly said the players will have a tough test but nothing earth shattering.

“We’re not going to jeopardize the future health of our greens for any tournament or anything. We’re just going to provide them with a little quicker product than day to day but nothing crazy,” he said.