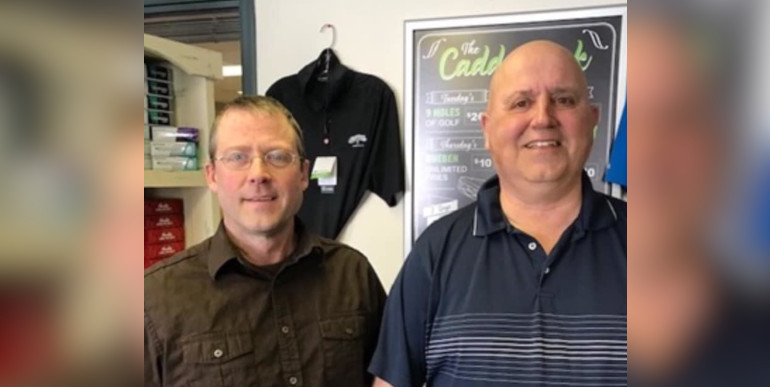 The Humboldt Golf Club (HGC) board of directors believes a change in management will revitalize their facility.

The east-central Saskatchewan hidden gem announced in late March that long time local business manager Corey Schweitzer will look after operations at the club. Schweitzer will take over from Chad Keens who has managed the 18-hole club for the past three years. Board president Kirk Plemel said Schweitzer is a great fit for the position.

“Corey came to us and a big part of it his past business experience and running successful businesses. We felt we needed that to make the golf course successful,” Plemel said.

Schweitzer is new to the golf management role but has been involved in the outfitting and hunting guide industry for years. He’s also been a member at the Humboldt club for a decade. The club also hired Mike Weber to administer the courses finances. In previous years the financial portion of operations were conducted by part time or volunteer staff. Schweitzer said the club’s operations needs some tinkering.

The HGC features a fully licensed clubhouse and food menu along with 18 holes of golf. The front nine allows players to open up and drive on most holes while the back nine is much more defined and requires more clubs. Schweitzer said the geographical location of Humboldt should help.

“We think our geographical location lends to tournament play which is another focus we’re going after. I think some of the bigger tournaments and companies that have people travelling to golf we should do well in that regard,” he said.

The annual Father’s Day tournament is nearing a sell out already. The RBC regional tournament is expected to be full and the second annual Humboldt Broncos Memorial Golf Tournament is also going to utilize the facility. Schweitzer said the schedule is filling up and he’s excited to rejuvenate the course.

The HGC will hold their annual general meeting on April 16.