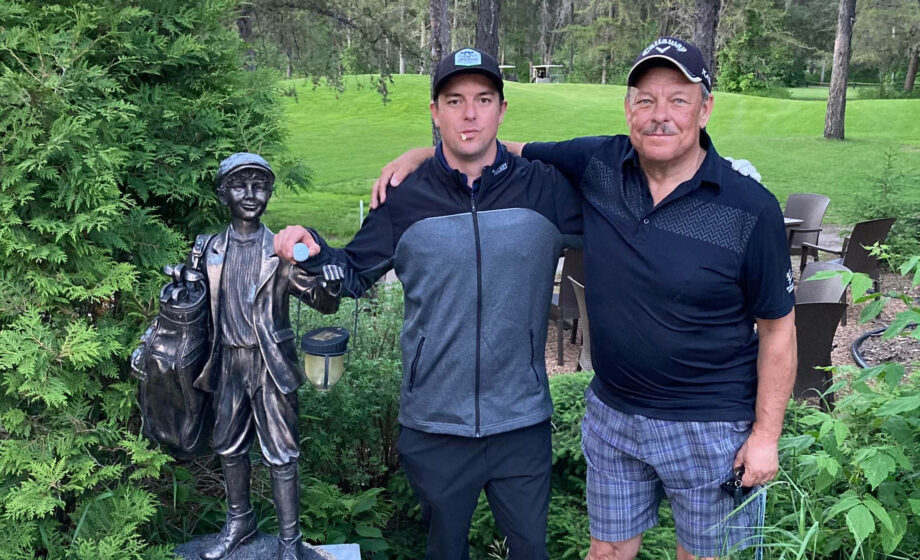 Former Nipawin resident Evan Zurloff has his first career hole-in-one recently at the Evergreen Golf Course but the round will stand out for more reasons than the memorable shot.

Zurloff, now a firefighter in Regina travelled to his hometown course to play men’s night with his dad’s group. It was also the eldest Zurloff’s 65th birthday. Evan said the group wasn’t sure where his seven iron left the ball after it struck the flag on hole 13.

“It was mostly disbelief,” he said. “We heard it hit the pin and then it disappeared. We didn’t know if it went in the hole or took off on the left or right. Once we rolled up and saw it in the hole the boys were all high-fiving.”

Zurloff admitted with a five-month-old baby at home he doesn’t play as much, he said he plays “about 20 rounds a year,” but this round was his first of the year. He drove up to Nipawin from Regina to share the day with his dad and now it’s a round they both won’t forget.

“It’s pretty rare to get out with dad because I’m working or in Regina, the rare rounds we do go out we always have fun but we gave a big hug at the end of this one for sure,” Evan said.