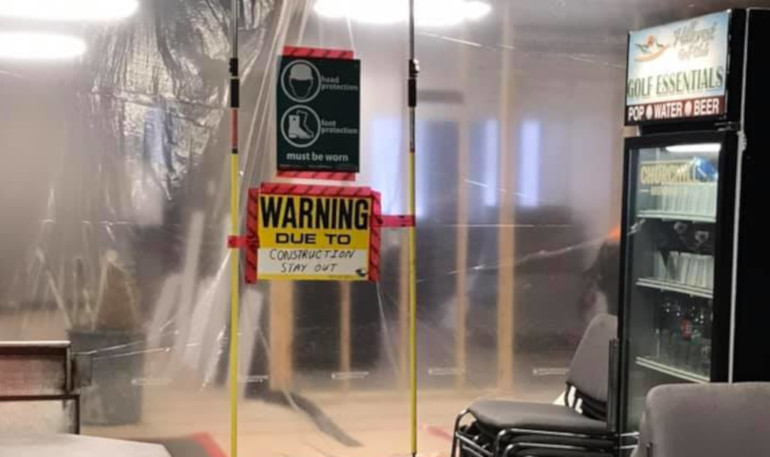 The Hillcrest Golf Club is renovating their clubhouse.

The Hillcrest Golf Club in Moose Jaw is getting a massive, desperately needed clubhouse upgrade.

At the city’s council meeting on Nov. 12, members agreed to allow the club to borrow $400,000 for the expansion. The club leases the property from the city of Moose Jaw. According to that contract, the club cannot hold debt higher than $75,000. Hillcrest manager Jasmine Cameron said the renovations that include washroom facilities, a new kitchen, upgrades to the bar and serving area, storage space, and an extended deck with 70 per cent coverage from the elements along with more seating capacity are crucial to the club’s success.

“We have functioned for the past eight years with no washroom facilities and utilizing a food trailer to both cook and serve food from,” Cameron explained to Golf Saskatchewan. “This project was based on a proactive versus reactive plan as it was 100 per cent needed to function and to have a secure future at the course.”

Despite the current hindrances at the facility 2018 was a successful year for the club, their profits increased nearly 200 per cent from 2017. A modest $2,900 surplus in 2017 ballooned to over $360,000 last year. Cameron said the management staff put every inch of their operations under the microscope.

“A decrease in expenses by taking the time to assess needs, purchases, staffing and overall operations was priority. On the revenue side, seeking out sponsorship and creative advertising opportunities peaked this year. Community support is growing with efforts to create a welcoming community atmosphere for all to enjoy the sport of golf. We are trying to understand and keep up with growing tends within society. Time, family, work, interests, and costs are all factors that can affect your bottom line at a golf club. Offering new programs that allow all ages to enjoy the game is key,” she said.

During the council meeting, Councillor Crystal Froese praised the club’s work in stabilizing their finances.

“Their financials I feel are very healthy and strong. I think this’ll be a great thing not only for the golf course but for Moose Jaw,” Froese said.

The Hillcrest is expecting a profit of an estimated $200,000 in 2019. That will be used to help pay down the loan over the next couple years. The club also has over $200,000 in a low-interest GIC fund that can be used.

Cameron said the renovations are underway and outside of some final finishing touches the clubhouse will be open and ready for use at the start of the 2020 season. She added the club is excited for the future and more is planned.

“Membership and users are very excited to see progress. We now need supporters in regards to fundraising and donations to finalize the projects financial repayment and to move forward in other priority future improvements,” she concluded.