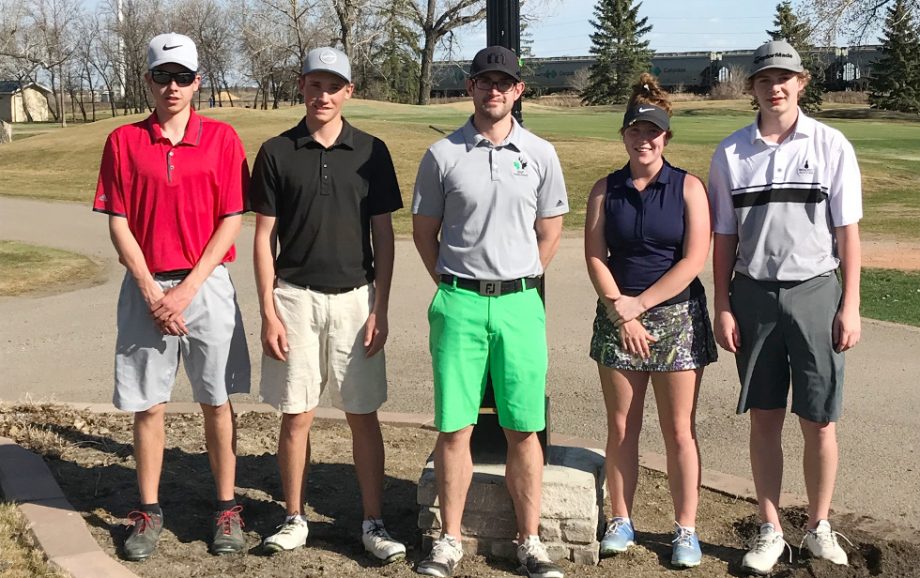 The province’s High Performance Golf Team met for a two-day skills and training camp last weekend in Regina focusing on a number of areas ahead of the 2018 season.

The team was put in place a year ago to help Golf Saskatchewan send the best possible representatives to the Canada Games. Instructor Jason Schneider said the overall goal is to orchestrate better golfers between the ages of 15 to 18.

“In the long run it’s about developing elite athletes, so we can perform at the national level,” Schneider said.

Day one on May 5 was spent at the Royal Regina Golf Club where the team worked on putting, their short game, wedge shots, ball speed, and their long game. Saturday featured an 18-hole round before Sunday focused on fitness and a green reading computer program called AIMPOINT. Schneider said the team was focused after being assembled on a qualifying based system.

“It was based on certain events and how they finished. They received points and then at the end of the year we invited those who were at the top,” he explained.

Jacob Kydd, Carey McLean, TJ Baker, Cole Obrigewitsch, and Reegan Robinson make up the HTP roster. The weekend’s instructors were Schneider, Garret McMillan, Lisa Hoffart, Tanner White, and Kevin Dietz. Overall Schneider said the camp was beneficial ahead of the Maple Leaf Junior Tour starts in Estevan on May 19 and 20.

“I thought the camp went really well, we put in two pretty long days,” he said. “We had a lot of stations and 18 holes of golf. Sunday was awesome, we did our second fitness testing so we able to compare them to January when the athletes first got tested.”

There are six scheduled Maple Leaf Tour events this season plus the national championship in Phoenix, Arizona from Nov. 8 to 11.