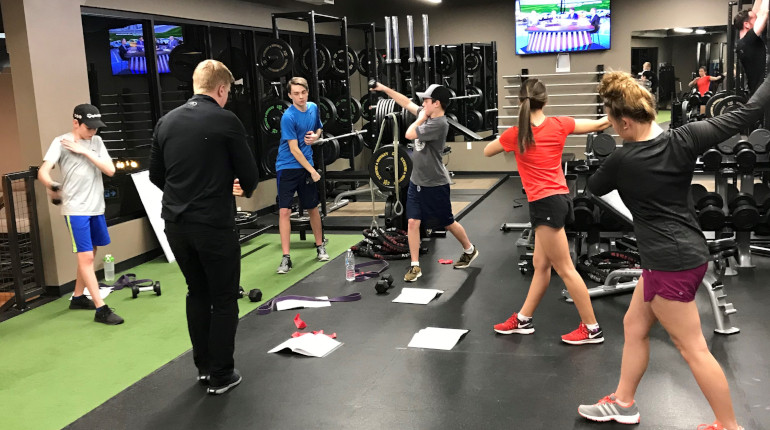 Five golfers are involved in Golf Saskatchewan's HPP this season.

Golf Saskatchewan’s High-Performance Program (HPP) is busy preparing a handful of young golfers to succeed with their goals.

Carey McLean (Deer Valley), Cole Jenkins (Prince Albert), Jackson Wingert (Saskatoon), Autumn Neiszner (Regina), and Max Regier (Saskatoon) are the junior golfers involved in the program this year. During the first two Sundays of February, the players met with coaches Jason Schneider and Steve Ryde at facilities in both Warman and Regina. McLean, 17, is back in the HPP for the second straight year. She said golf has provided several opportunities to travel and meet new people. McLean hopes taking part in the HPP elevates her game to pursue more highlights.

Through the first two sessions the players worked on goal setting, shot visualization, putting and full swing, plus their nutrition and physical training. Tanner White, the general manager at Regina’s 1621 worked with the group, sports mental trainer Lisa Hoffart was also involved. McLean said having a sports psychologist work with her is important for her game.

“My mental part of the game isn’t that good, getting one on one with Lisa helped me last year to get out of my head and focus on my game and not the outcome,” she said.

McLean starting golfing under her dad’s guidance at Deer Valley and over time developed a passion for the sport. She attended the Canadian Junior Women’s Championship last year as part of Team Saskatchewan and hopes to return to the national tournament as she enters her last year of juniors. Her goal is to reach the next level and play college golf following graduation. She said the HPP is a key cog in her future plans.

Jason Schneider has been involved in coaching the HPP for three years. He said without partners such as 1621, First Tee, and the Legends (Darryl Czuy), providing top notch programming would be harder to come by and he’s thankful for the assistance.

“Tanner and I work well together with what we want to focus on, and we have fun with the athletes,” he said. “Lisa definitely improves their mental game too as we go forward.”

The athletes will take part in two more training sessions before the golf season begins an April. There is also a two-day camp scheduled in Regina mid-May where more, on-course learning will take place. The coaches will also work with the students throughout the summer as well, preparing them for events and tournaments leading up to the provincial championships. Schneider said they approach each student differently preparing them for unique goals.

“There is a good mixture this year, we have a few younger ones, and we have a couple that are older. We’re hoping Carey and Cole can continue to develop their skills. For the younger ones we want to help them develop, have fun on the golf course, learn what competitive golf is like and have them ready for when it counts,” he said.

Steve Ryde coached the junior women’s team this past summer at the national event in Vancouver. He is also the Golf Saskatchewan Manager of Sport Development. He said providing the HPP through the provincial governing body has several benefits to up and coming golfers in the province.

“We want to promote an idea of hard work and dedication towards golf and improving golfer’s abilities in Saskatchewan,” Ryde said. “It’s an opportunity for younger athletes who may not have a coach yet and want to improve. We want to have kids compete and do well and ultimately get to the national stage where they will be recognized for scholarships and other opportunities down the road.”