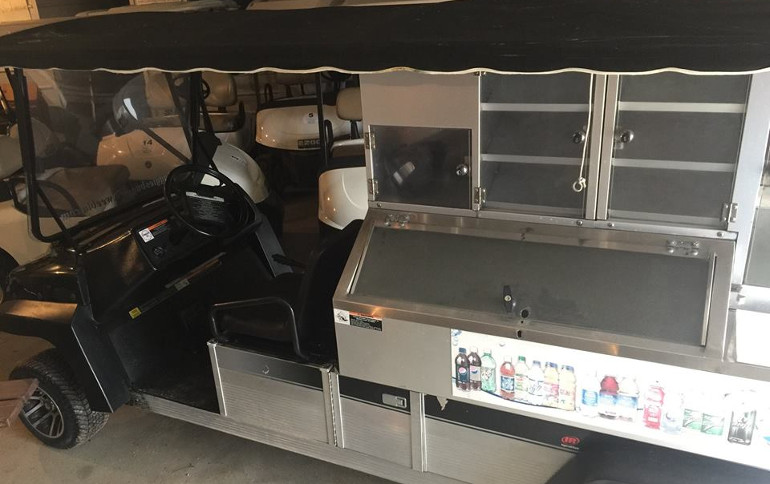 Coming off “one of the better years in recent memory” Hidden Hills of Shellbrook is investing in their future.

“The clubhouse furniture was long overdue to be upgraded and with the financial success we had this year we felt that this was an investment that could be enjoyed by all of our members as well as green fee visitors,” he said.

The purchase of the new cart has a special story behind it. McComas told Golf Saskatchewan a member of the course recently passed away and his family requested donations be made to the course. Along with funding from the men’s club they upgraded the beverage cart.

The Rosebowl was the first provincially sanctioned event hosted at the Shellbrook course. McComas contributes the tournament as well as other events as key drivers for the successful season.

“We continue to try and have a full tournament schedule with something for all types of golfers,” he said. “Our weekly men’s and ladies’ nights along with seniors’ days contribute greatly to our financial success. We also began a partnership with the Sturgeon Lake First Nation this season that focused on providing their band members with a course to play at, tournament sponsorship and a youth golf initiative.”

In a year where some courses struggled to turn a profit the success of Hidden Hills according to McComas comes with credibility. He has been a member for 20 years and a member of the executive for a another six. He was involved with the course when the nine-hole facility expanded about a decade ago. McComas says the par-36 track will test all calibre of golfers. A trio of trickier holes open your round, the middle three holes offer more links style and the options tighten again over the last third of holes. McComas said most of your bag will be needed during a round.

The board is continuing to work on plans to enhance the facility. McComas didn’t pin point any dates but suggested expanding the parking lot and a new cart shed could be on the horizon. Basic clubhouse upgrades and maintenance are always critical for the board as well McComas said. Overall, he said keeping the sport affordable and accessible are important for the club’s continued success.

“We know golf can be an expensive game to play and we want to do everything we can as a board to make it a viable option for as many members of our community and surrounding areas as possible. Another area of focus is to try and increase our youth golf participation. These young golfers will become increasingly important over the next decade or so. This coincides with the cost of golf as well, as most parents only have a certain amount of disposable income to spend on their children’s activities. We want golf to be as cost effective as possible, especially during those years where kids are just learning the game,” he said.