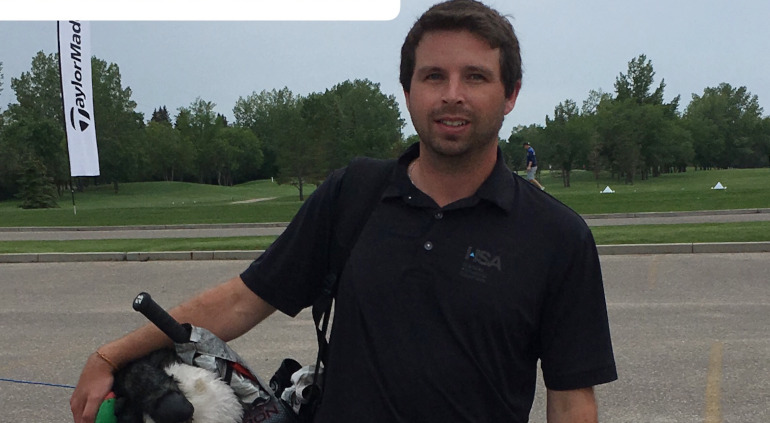 Humboldt's Mike Herperger is tied for the first round lead at the provincial amateur championships.

Saskatchewan’s 2018 mid-amateur champion has picked up where he led off at last year’s tournament.

Humboldt’s Mike Herperger is tied for the first-round lead in both the amateur and mid-amateur championships at the Saskatoon Golf and Country Club (SGCC). Herperger, who won the mid-am last year and placed second in the amateur behind Kade Johnson fired five birdies on route to a three-under, 69 on Tuesday. Two Alberta golfers are also on top of the leaderboard, Jared Hundza of Calgary and Beaumont’s Sean Mills also sit at three-under par.

The logjam down the leaderboard continues in second place, Jehremey Ryde (Eston), and Josh Nagy (Saskatoon) are tied for fourth at minus-two. Dave Stewart, Roman Timmerman, and Justin Wood, all of the Bridge City are tied for seventh place at one-under par.

In the mid-amateur field, which is golfers over the age of 25, Herperger and Mills lead. Saskatoon’s Shaun Dunphy is tied with Ryde in third at two-under, 70. Stewart sits alone in fifth, Phelps and Smith are tied for sixth place.

Round two of the 54-hole championships will begin at 7 a.m. on Wednesday at the SGCC.

The winners will be crowned on Thursday afternoon.

The top three players from Saskatchewan in each field will represent the province at the Canadian championships later this summer. Six quota spots will be filled for the national amateur, there are nine quota positions for the mid-amateur national tournament.