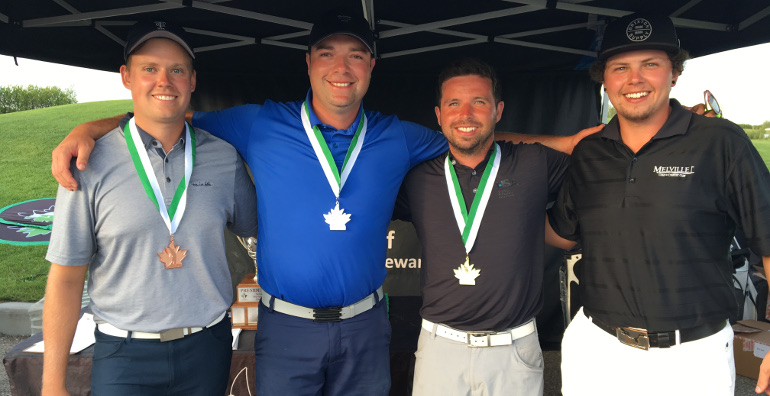 Saskatchewan’s mid-amateur champion is hoping for better results for the province than they showed at the national amateur event.

Mike Herperger will lead a contingent of 13 Saskatchewan golfers in to the Canadian Mid-Amateur Championship in Victoria, B.C. from Aug. 21 to 24. Herperger finished at plus-18 over two rounds in Duncan, B.C. at the Canadian amateur. He said overall the experience was positive despite the result.

“It was awesome, it was disappointing with what I shot but I still got to see a bunch of things. I got to follow behind Kade (Johnson) who played awesome and Dave (Stewart). We finished top-five in the all the provinces, so it was good to see that,” Herperger told Golf Saskatchewan.

This year’s mid-amateur is taking place at the Victoria Golf and Country Club. Herperger said the team is hoping to build off last year’s tournament that featured heartbreak for Saskatchewan.

“I wish I could have helped the team in Duncan and gone a little lower, but overall we were happy. Looking to the mid-am now there was a three-foot putt missed to win the tournament last year so we’re hoping we can build off that,” he said.

Johnson and Shaun Dunphy were the lone Saskatchewan golfers to make the cut at this year’s amateur. Herperger said the entire group took some valuable lessons from the tournament.

“I think to stay patient. We went out right out of the gates and wanted to fire low and I don’t think that’s the best way to go at. Take your missed putts if you do miss them, make your shots when you can,” he said.

Joining Herperger will be fellow team Saskatchewan members Stewart and Mitchell Matichuk. Matichuk is replacing Jehremy Ryde who is out with an injury. The province has ten exemption spots as well, those will be filled by the following players.