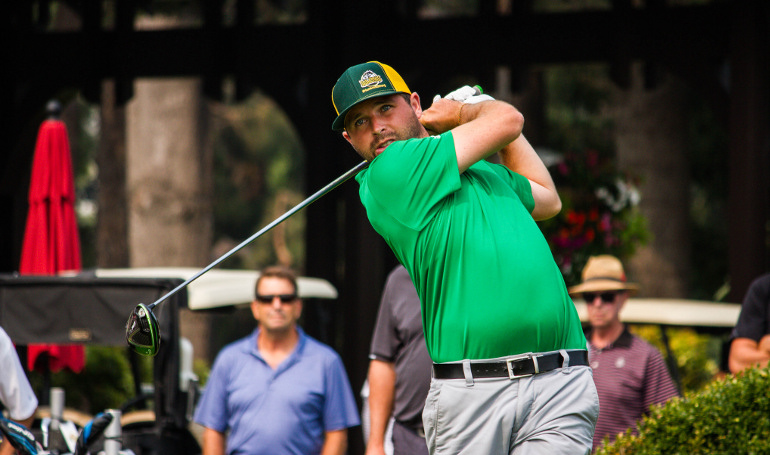 Humboldt’s Mike Herperger didn’t get off to a great start at the Canadian Mid-Amateur Men’s Championship this week, but his finish left him in a tie for 11th overall at the event.

The four-day tournament concluded Friday in Victoria, B.C. with Herperger carding a 1-under, 69 leaving the 25-year-old a respectable 11 strokes back of American Joseph Deraney who won the event. The Humboldt Golf Club member said he’s happy with his performance through 72 holes.

“It was a surprise, I was seven over on the front nine in the first round,” he told Golf Saskatchewan. “I was just trying to hold my own and from there on I finished even for the tournament, so it was really good.”

Saskatchewan sent 13 players to the national championship. Many of the representatives bounced up and down throughout the event including Herperger who was a slow as 44th at one point. Regina’s Travis Fifi climbed as high as fifth at one point as well. He ended the event in a tie for 44th. Herperger said the host course is to blame for the rise and fall of the players.

“The Victoria Golf and Country Club, it was amazing to be out there. You are right on the ocean and the biggest part of it was the greens. The greens had angulations at some points 15 feet high. The speed and difficulty of them made it a very difficult course, that’s what it was,” he said.

Five players made the cut following the first two rounds. Regina’s Shawn McNall shot a four-day total of 293 leaving him in a tie for 28th. Prince Albert golfer Brett Henry tied Fifi at 296 and Saskatoon’s Shaun Dunphy finished in a tie at 60th with 302. Team Saskatchewan finished in sixth during the inter-provincial competition. Herperger said that was a let down after losing in a playoff last year in Regina.

“As a team we were a little disappointed. We wanted to put in a better showing in and get a few more quota spots for guys next year. We were happy to be at the course and have a chance to play a track like that, but we were disappointed we couldn’t play as well as the guys did last year,” Herperger said.

“It was an eventful summer,” he said. “From last year essentially quitting golf to this year getting back into it and 11th in this tournament, it’s exciting.”

You can see the complete results from all 13 Saskatchewan competitors here.