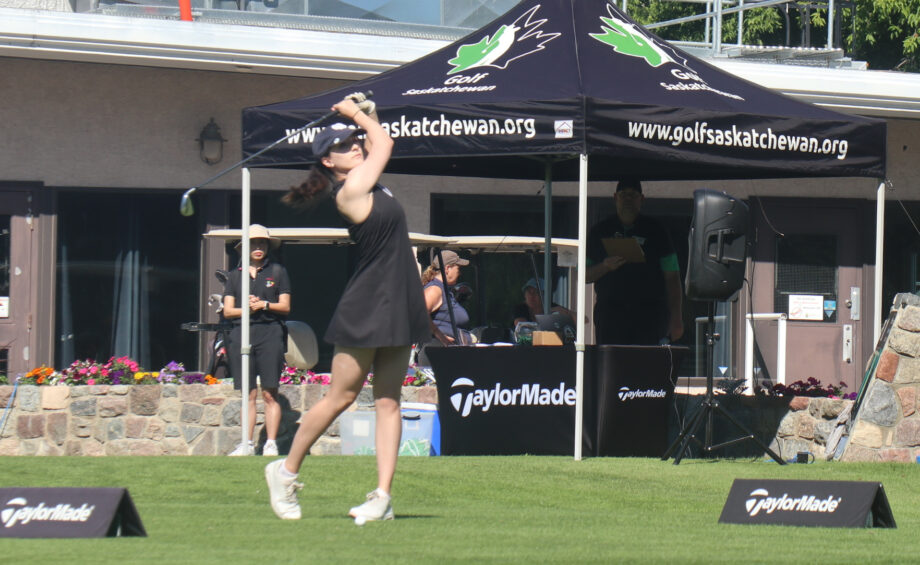 Prince Albert’s Brett Henry is on top of the leaderboards at the Saskatchewan Amateur Men’s and Mid-Amateur (25+) Championships after one day of the events.

The Cooke Municipal Golf Course member used his home-course advantage to shoot a stellar 3-under par, 68 in the first round of the 54-hole mid-amateur and 72-hole amateur tournament.

Henry leads the field by a shot, both Prince Albert’s Cole Jenkins and reigning-amateur champion Roman Timmerman of Saskatoon are a stroke back at 2-under par, 69. Three-time defending mid-amateur champion Danny Klughart, also of Prince Albert is tied for fourth at even par along with Madison’s Kyle Wiebe.

On the mid-amateur championship leaderboard, Moose Jaw’s Chris Knoop is in second place at 2-under par 68. Klughart and Wiebe each jump a spot on the leaderboard with Jenkins not being old enough to qualify for the mid-amateur event.

Highlighting day one was Saskatoon’s Max Regier getting a hole-in-one on the 17th at Cooke Municipal Golf Course. The 16-year-old is at 3-over par, he’s tied for 17th.

Grieve, 19, opened the three round tournament with an 9-over par, 80 in Prince Albert on Tuesday.

She leads Regina’s Autumn Neiszner and Calgary’s Emily Cornwall by one shot a third of the way through the championship. Chelsea Kinoshita is in fourth place at 11-over par.

The complete results from round one of the women’s event can be found here, the amateur men’s and mid-amateur championship leaderboards can be seen here.

The championships resume Wednesday with tee times beginning at 7 a.m.