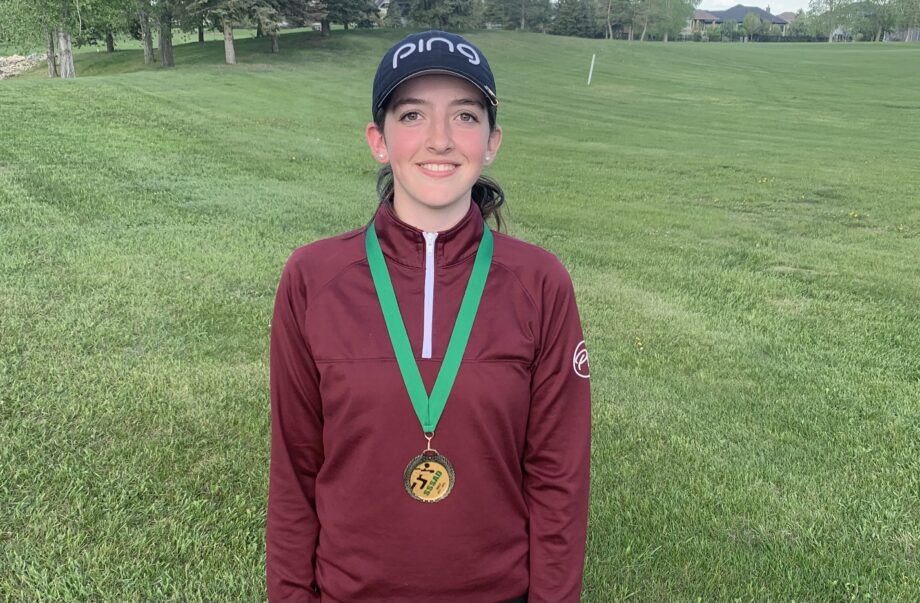 Henderson spoke with Golf Saskatchewan ahead of travelling to Manitoba for the NextGen Prairie Championship. The grade 9 Holy Cross student talked about her start in golf, joining the MJT, winning the Saskatoon title and more.

Aden Bowman’s Chase Pochylko has added another win to his impressive junior career.

Pochylko held off Alex Swinnerton and Max Regier by a stroke in the boys championship, Pochylko won with a 68.

Carter Degelman took home the bronze medal with a score of 73.

Pochylko also spoke with Golf Saskatchewan after the win.

All the medal winners can be found here. Pankratz has more photos available here.