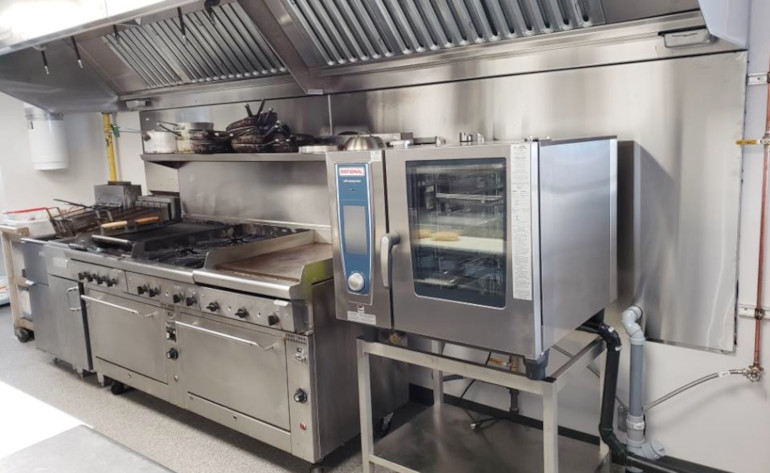 Harbor Golf Club has expanded their kitchen facility to keep up with a growing demand.

The Harbor Golf Club & Resort recently upgraded their kitchen to keep up with a growing demand in the food service the course offers.

According to Operations Manager, Amanda Holland the clubhouse located on the shore of Lake Diefenbaker in Elbow saw the kitchen receive a “total gut job” ahead of the season. The space was expanded, and new equipment was purchased creating a more efficient work space. Holland said the need for expansion and upgrades were there due to increased demand.

“Our catering is growing as well,” she said. “Not only do we deal with the restaurant daily and catering for tournaments but we’re doing more catering for outside groups. Just having the space to do multiple events on one day made sense.”

Elbow’s population is approximately 350 people, but Holland said the summer is very busy due to their location on the lake. She said the club needs a top-notch clubhouse facility to deal with the increased traffic.

“During the busy season when there is more people here than just those that just live here year-round being able to accommodate and keep up in those times is important,” she said.

Holland said staffing levels have stayed on par in recent years despite being busier. She said the efficiency of the new space should help and for now they will stay status quo. She did say staff had a few things to learn but overall the kitchen is being well received by everyone.

“The first few days of opening there was some growing pains figuring out the new space but once they figure it out it will be so much better to function. The staff will be so much happier in their environment,” she said.

The par-71 course plays between 5,800 and 6,300 yards from the varied tee boxes. Several holes feature picturesque views along the lake making for a memorable round at the course. Holland said the ownership group and staff, including PGA of Canada President Mark Patterson work hard to keep up with the everchanging industry.

“It speaks to our majority shareholders, Rick Letts and Les McTavish and their vision to try to ensure this course stays current and improves. It’s pretty important to not only the community but the business as well,” she said.