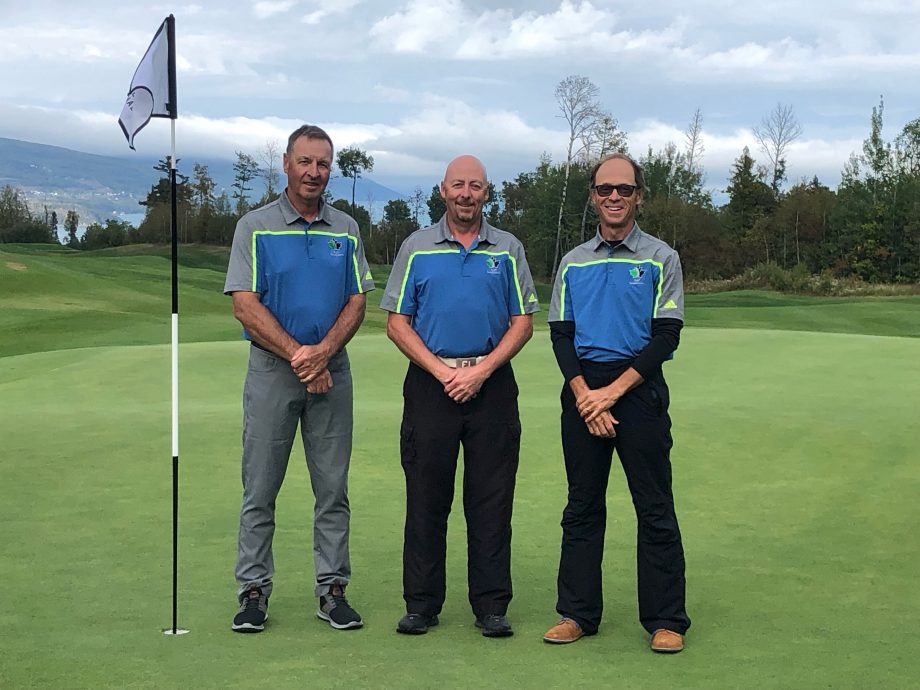 Weyburn’s Rick Hallberg is looking back on another strong finish at a national championship with what should become fond memories.

Hallberg was the top local finisher at the Canadian Men’s Senior Championship of the eight Saskatchewan golfers that competed in the tournament at Club de Golf Le Manoir Richelieu in La Malbaie, Quebec.

“The four days were pretty good,” he said. “The golf course was in great shape; the conditions were really good. It was probably the most spectacular golf course scenery wise I’ve ever seen. The elevation changes were unreal. It’s like they built a golf course on a ski hill. It is a gorgeous golf course.”

Hallberg was one of three Saskatchewan players to make the cut including Rick Hillestad and Martin Ring. After being tied for third after the opening round Hallberg was stuck between clubs during the middle rounds.

“I had a hard time committing to a lot of my second shots, trying to factor in the elevation change and the wind, I just wasn’t fully committed swing a few times that cost me. The greens were difficult to read, I don’t think I did a bad job reading them, I just didn’t read them well enough to roll in the 10 to 15 footers you like to roll in every once in a while,” he added.

Hallberg is satisfied with capping his season with a finish inside the top-25 at nationals. He was also happy to reconnect with some golf colleagues across the country.

“There was a bunch of us on the same side of the draw, so we got to have a few meals with them and play practice round with Darren (Ritchie), Garth (Collings), and Timmy (Yorke), that was nice. Then the first two days of the tournament I got to play with Darren as well, he deserved the win. He played better than anyone else I saw and it was nice to see him come out on top,” Hallberg said.

Hillestad ended the championship in a tie for 38th. The Riverside Country Club member was also seventh in the Super Senior (65 plus) age group. He was very happy with his 72-hole score of plus-24, 312.

“Yeah, absolutely I’m happy with the result,” Hillestad told Golf Saskatchewan. “Making the cut and playing that was a success.”

Hillestad said he was the highest finisher among players 70 and over as well. Much like Hallberg he was taken back by the elevation and beauty of the landscape while in Quebec.

“The course set up was pretty fair, but some people said it was a ski hill turned into a golf course, there was serious elevation changes,” he joked. “The third tee to the third green, 600 feet. It’s like Kenosee or Waskesiu on steroids.”

Hillestad was able to handle the conditions no shooting higher than 82, that came in the second round. His bookended the event with 77’s and added a 76 in day three. He has attended many large scale golf events in his amateur career and the 2021 will be looked back on positively.

“We really enjoyed it; the hospitality was terrific everywhere we went from the golf course to the community. It was really well done,” he concluded.