Grow junior golf and your business 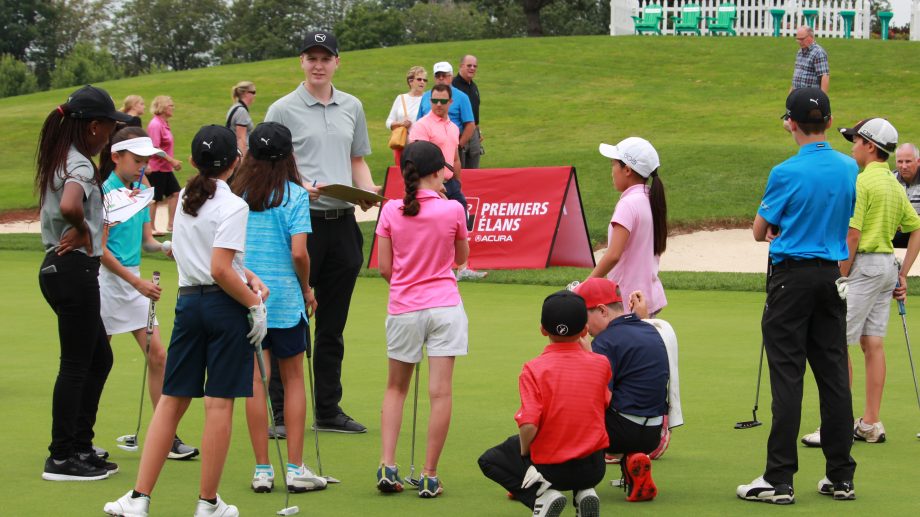 If you’re looking for a poster child for Golf Canada’s “Future Links, driven by Acura” program, Stephanie Sherlock is just about the ideal candidate.

OK, so “child” isn’t appropriate any more as she will attain the ripe old age of 31 next month, but she remains my top nominee for a number of reasons.

Her first recollections of competitive golf include Future Links tournaments in her home province of Ontario and neighbouring Quebec. Those were stepping stones to a stellar junior and amateur career (she was a Team Canada member from 2006 to 2010 and twice was the country’s top-ranked female amateur) that included winning the 2007 Canadian Women’s Amateur Championship and a spot on Canada’s 2008 World Amateur Team. After her all-American performance at the University of Denver, she spent three years on the LPGA Tour before deciding the pro life wasn’t for her.

So Sherlock returned to her home town of Barrie, Ont., to work at the course she grew up on. Simoro Golf Links is owned by her parents, Dave and Angela.

“I wasn’t here very long before I looked around and thought, ‘Man, there aren’t very many kids here,’” she recalls. So she picked the brains of some more established club owners and pros who had thriving junior programs to discover their secret.

While a common theme was their dedication to growing the game, there was another factor: the multi-tiered Future Links programming.

The scope and depth of the Future Links concept are impressive, starting with the very young novice golfer and extending right through high-level amateur competitions. Since launching in 1996, more than one million youngsters have participated in the various Future Links programs including Learn to Play, mobile clinics, Future Links Championships, Junior Skills Challenge, Girls Club, and an awesome grassroots initiative called Golf in Schools.

Golf in Schools is offered in more than 3000 elementary and almost 350 high schools across Canada. It provides a basic introduction to golf through the school physical education curriculum and is endorsed by Physical Health and Education Canada. Almost half of the participating schools are the result of a “school adoption,” whereby an individual, golf club or corporation donates to bring the program to the school.

(For more on the comprehensive programming offered by Future Links, click here.)

Integral to the ongoing success of Future Links is a concept called Get Linked which connects schools and green-grass facilities such as golf courses and ranges. In 2017, there were more than 190 Get Linked initiatives conducted by PGA of Canada professionals across the country,

Sherlock shares her knowledge with kids in Grades 1 through 5 at five area schools via the Golf in Schools program. As a result, she says, Simoro has seen an uptick in junior and family participation.

“We’ve got to be dedicated to getting more kids into golf, not just because we care about the future of the game itself, but we have to ensure the future of our business, too. We consider it a long-term investment and it’s awesome just how much support and materials we get from Future Links.”

Her message is echoed from coast to coast.

In Corner Brook, NL, PGA of Canada professional Wayne Allen looks after three junior programs, all within an hour’s drive of his home base at Blomidon Golf and Country Club. Like Sherlock, he introduces Golf in Schools programming to five local schools every winter and has seen a tremendous impact.

“Six years ago, the nine-hole Deer Lake course didn’t have a junior program,” says Allen, who has been involved with Golf in Schools for 10 years and whose club was named the 2014 Future Links Facility of the Year. “So we started one with six kids. The next year, there were 20. That winter, we visited the schools for the first time and the following summer, we had 60 juniors in the program.”

Ten-fold growth in a couple of years. Impressive, to say the least.

The impact extends beyond increasing the participation rate among youngsters. As a result of the exploding junior programs, Blomidon introduced two new membership categories: An intermediate category for older kids and a family category.

The latter became necessary, says Allen, “because the parents would drop off their kids for golf, then go to the patio for lunch, waiting for the kids to finish. Eventually, they’d say to themselves, ‘Why am I just sitting here when I could be playing golf?’

“The growth in membership has been huge thanks to our junior programs.”

For more on Future Links, driven by Acura, contact Adam Hunter (Manager, Grow the Game) by email (ahunter@golfcanada.ca) or through Twitter.