Grieve leads Saskatchewan contingent after day one of nationals 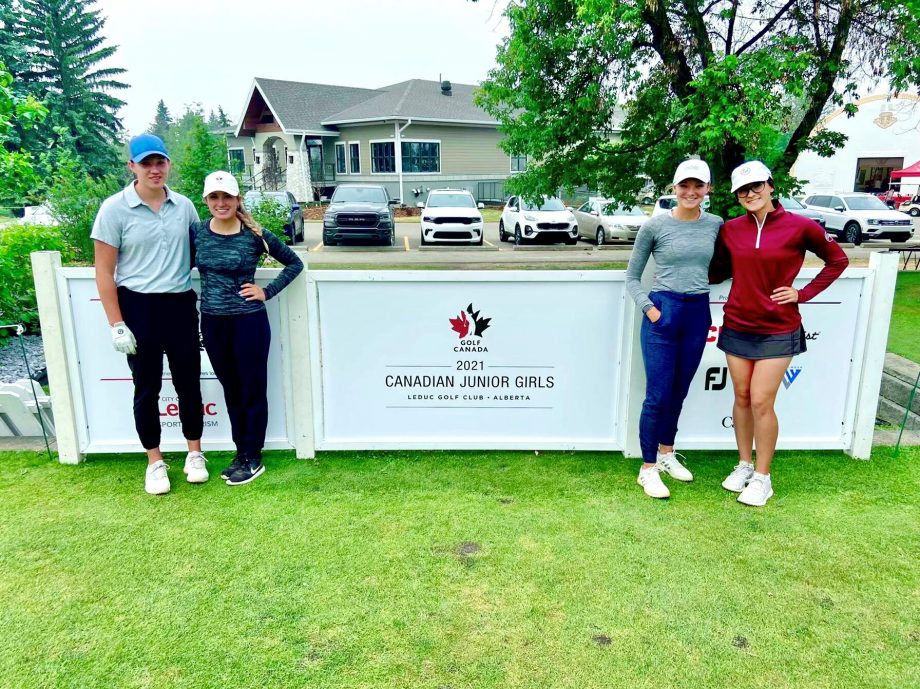 Saskatoon’s Sarah Grieve had the best start out of the five Saskatchewan players in the field at the Canadian Junior Girls Championship in Leduc, Alta.

Grieve completed round one with a score of 5-over, 77 at the Leduc Golf Club on Tuesday leaving the Saskatoon Golf and Country Club member in a tie for 23rd after the first of four rounds. Grieve finished the round on a high birdying the final hole.

Grieve is seven shots back of the leader who is Jennifer Gu of West Vancouver.

Regina’s Autumn Neiszner sits tied for 34th at plus-7, 79. Saskatchewan champion Brooklin Fry of Shell River is tied for 42nd after her round of 8-over, 80. Yorkton’s Ella Kozak is tied for 78th at 13-over par, Symone Ripley of Saskatoon sits at 14-over par, she’s tied for 87th.

The top 70 players plus ties will make Wednesday’s cut at the championship.

The results can be seen here.