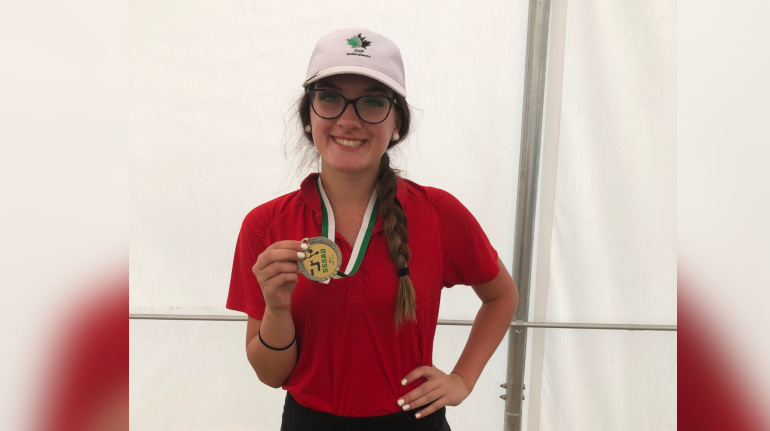 St. Joseph student Sarah Grieve won the girl’s gold medal by four strokes over Halle Hindmarsh of Aden Bowman. Grieve posted a 43 through the first nine holes, she finished the back at 46 to cap the 18 hole event at 89. Jadyn Hue, also of Aden Bowman placed third after shooting 103.

In the senior boys age group, which is grade 11 and 12 students, Bedford Road’s Parker Dale edged Holy Cross student Josh Nagy in a playoff. Both golfers were tied at 78 at the completion of the round. The pair went toe-to-toe posting identical scores of 37 through the front nine and 41 on the back. Carter Wingert placed third, just a stroke back. The Centennial Collegiate golfer lost the deciding shot on the front nine of his round.

The junior boys (grade 9 and 10) category also went to a playoff with Centennial athletes Jackson Wingert and Alex Swinnerton battling for the gold medal. Wingert came out on top over his classmate. The pair swapped strokes over the 18 holes, Swinnerton had a four shot lead after nine holes but Wingert battled back after the turn to force the playoff with both players tied at 76. Chase Pochylko of Aden Bowman picked up the bronze medal, he was just a shot back.

You can see the complete results here, including the overall team standings.