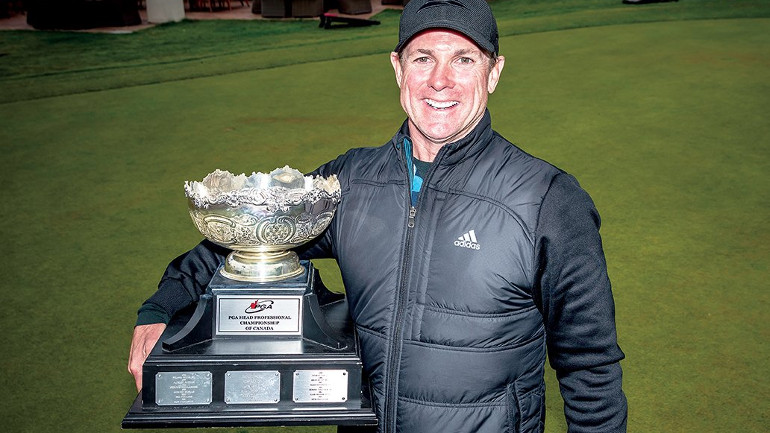 Brian McDonald is the winner of the 2018 PGA of Canada Head Pro Championship. Photo-Twitter/pgaofcanada

The Deer Valley Golf Club and Resort professional saved his best round for last stroking a 68 at Wigwam Golf Resort vaulting himself from 29th to climb inside the top-10. Greenough fired a three-round total of 215 over 54 holes. Greenough played better as the week progressed opening with a 3-over, 75 in round one and an even-par 72 on Wednesday.