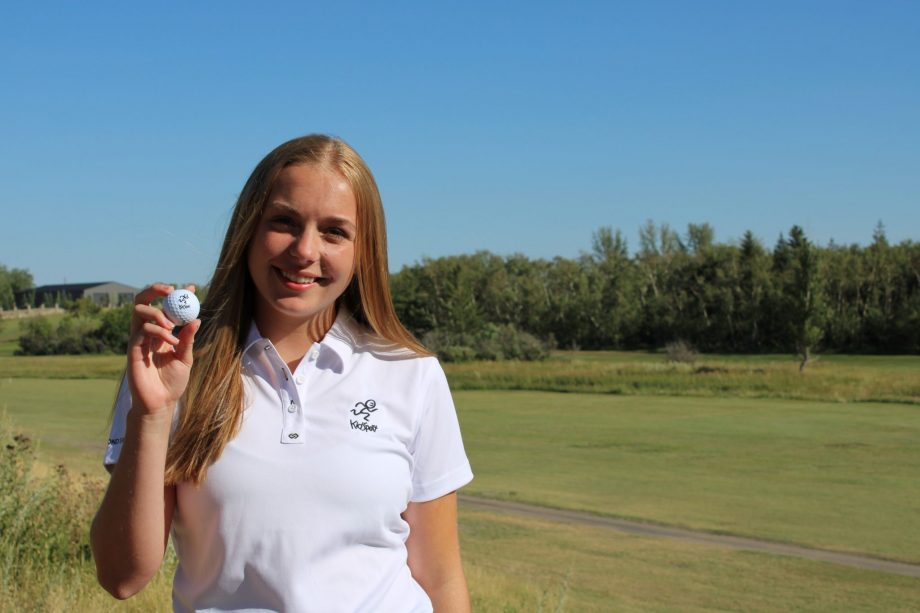 Thanks to the efforts of Kaia Thauberger, Lumsden and the surrounding area is set to become the 41st KidSport chapter in Saskatchewan.

Seventeen-year-old Thauberger believes that everyone should have access to sport, which led her to host a Golf-a-Thon called Rounds for Ralph in honour of her late-grandfather, that raised $12,700 to start the KidSport chapter. KidSport is a children’s charity that helps cover the costs associated with sports for kids ages 5-18 in the province.

“I was looking for a charity that kind of represented what my grandpa lived for with sports and kids, KidSport really made sense for that,” said Thauberger.

Thauberger has volunteered with KidSport Regina making the fit a natural one, but when she learned about starting a local chapter, she realized the true potential of bringing KidSport to her community could have.

Sport has given me so much confidence, it’s so great for my mental health and I’ve met so many friends through it that I can’t imagine someone not having that because it’s really made me a different person in a really good way.

Kaia Thauberger on why she wanted to start a KidSport chapter in Lumsden
“I felt that there was a need in our community for it,” said Thauberger. “I’m really excited for the applications to come in soon and get to see what that’s doing for kids in my community, and just the fact that that money is staying with people so close to you so you can really see the effects of it.”

The funds raised at the tournament should help support the chapter for up to two years.

Despite being only set to enter her final year of high school this fall, charitable initiatives aren’t anything new for Thauberger. She believes she hosted her first fundraiser at the age of 12, and five years ago, she organized a steak night also in honour of her late grandfather, who passed away 25 years earlier.

“This year I wanted to do something else in his honour,” said Thauberger.

Thauberger’s grandpa Ralph was an advocate of local sport, through his involvement in coaching, as well as an avid golfer—leading Kaia to the idea of a golf tournament to help raise the funds to start the chapter that he would believe in. And for Thauberger, who never got the chance to meet her grandfather, the ability to carry on his legacy is something she isn’t taking for granted.

While sport meant a lot to her grandfather, it always is a big part of Kaia’s life. An avid volleyball player herself, she’s seen the potential of sport first-hand.

“(Sport) has given me so much confidence, it’s so great for my mental health and I’ve met so many friends through it that I can’t imagine someone not having that because it’s really made me a different person in a really good way, “said Thauberger.

For Kaia’s mother Leah Switzer, her daughter’s passion for the community is something special to see.

“It makes me incredibly proud. It’s something that both her dad and I have always tried to instil in the kids. And it’s just giving back to your community and helping out when and where you can. So to see her embrace that and take it on to the degree that she has, is incredible,” said Switzer.

As for what’s to come, Thauberger, who will be entering Grade 12 come the fall, is keeping an open mind as to what her next fundraiser will be, but she just hopes for the chapter to take off and provide good in Lumsden and surrounding area.

“I’d really like to see KidSport get more kids in the community involved and just to see more awareness of KidSport in our community.”

And according to Thauberger, the news of the local chapter is already taking off in the community.

“I often hear from people ‘oh, I know somebody that uses that’ or ‘oh, that can help this person.’ Them connecting the fact that it’s going to help those around them is cool,” said Thauberger.

“Everybody’s pretty excited about it and they’re very supportive of it.”