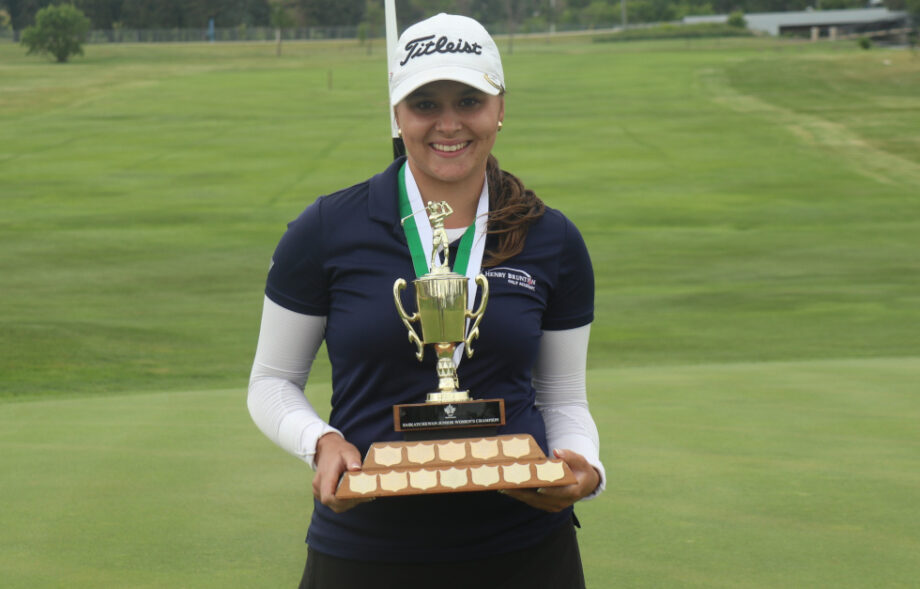 Kozak, 16, led the 54-hole championship at the Royal Regina Golf Club from start to finish this week and claimed a dominating 18 shot win over defending junior champion Brooklin Fry of Shell Lake.

It feels really good,” Kozak said after the trophy presentation. “It was a good three days and a solid three rounds, pretty good weather, I’m happy with the outcome.”

Kozak will now turn her attention to the United States Junior Girls Championship in Kentucky next week. She is just the second Saskatchewan woman to play in the prestigious event, Anna Young did so in 2012.

Kyle’s Chloe Wills has claimed the under-15 girls championship for the second straight year. Wills was 12 shots lower than Saskatoon’s Grace Odnokon.

Saskatoon’s Chase Pochylko made the most of his last junior provincial competition by coming from behind on Thursday and claiming the Saskatchewan Men’s Junior Championship.

Pochylko, 18, shot a round of 67 on the final day to surpass two-day leader Tommy Danielson and claim the title at the Royal Regina Golf Club.

“It was my last year to play in the event so I put a lot of pressure on myself to at least give myself a chance coming onto the back nine. It feels great to win it,” he said following the 54-hole, three-day championship.

Pochylko will be in Prince Albert to compete in the Saskatchewan Men’s Amateur that start on July 12.

Max Regier of Saskatoon edged Weyburn’s Darien Herlick by one stroke to win the under-17 boys championship.

Dane Giesbrecht of Warman is this year’s under-15 boys champion. Giesbrecht was a nine-shot winner over Aricin Franklin of Saskatoon.

The winner of the under-13 boys division was Auston Nesbitt. He won the event by 13 shots of second place golfer Jackson Giesbrecht.

The complete results from the championships can be seen here.

More details from the second Junior Junior that took place on Tuesday and Wednesday at the Roya Regina Golf Club will be published on Saturday.