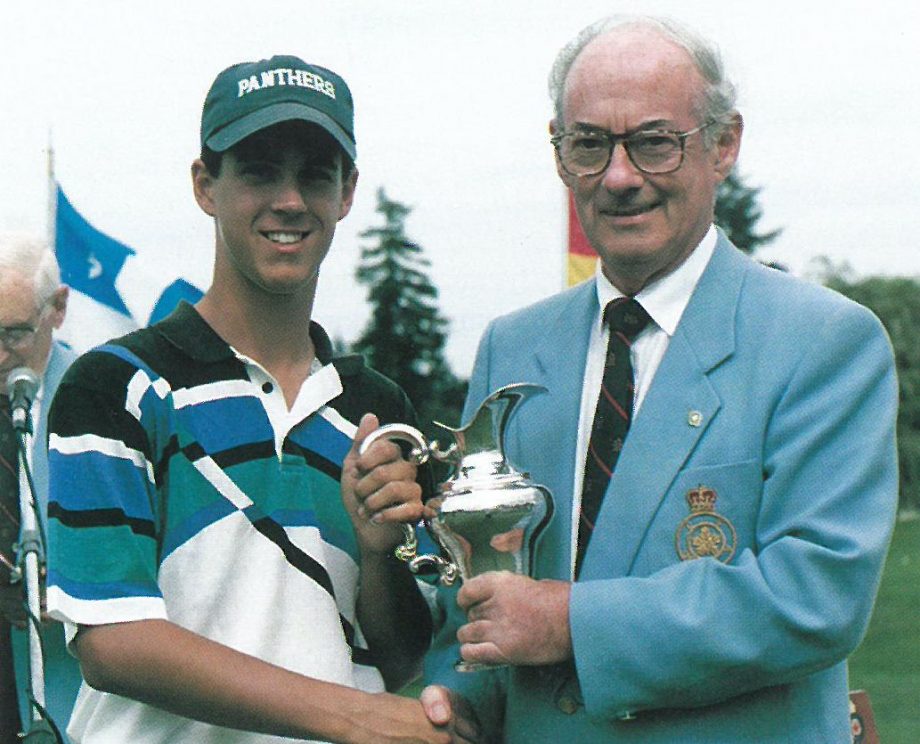 The Canadian golf community is saddened to learn of the passing of former Golf Canada President and Honorary Life Governor Findlay Young of Prince George, B.C., who passed away suddenly on Friday, October 9, 2020 at the age of 92.

In total, Young won 53 golf competitions, including 11 Prince George Golf and Curling Club championships between 1959 and 1970. He recorded eight holes-in-one.

For many in the golf community, Findlay was a great friend and mentor whose passion for golf and contributions to the game left a lasting impact. His mark on our organization and our sport will not soon be forgotten.

Always prioritizing junior golf, he successfully mentored many skilled amateurs locally, provincially, and nationally, including captaining the Pacific Northwest and Canadian Junior Teams. Findlay’s rules proficiency and diplomatic skills eventually led to the presidency of Golf Canada as the first ever elected from Northern BC.

As president he attended the World rules conference and served as Canada’s golf ambassador to the 1994 Masters and Canadian, U.S., and British Opens. A lethal wedge player and scratch golfer for many years, Findlay dominated golf in the Northern interior, holding 11 club championships at the Prince George Golf & Country Club, a record that will never be equaled.

“Fin” significantly influenced all aspects of our club’s development, and on behalf of the board, our condolences and best wishes go out to the Young family.

Respectfully,
Don McDermid
General Manager On Behalf of the Prince George Golf and Country Club Board of Directors