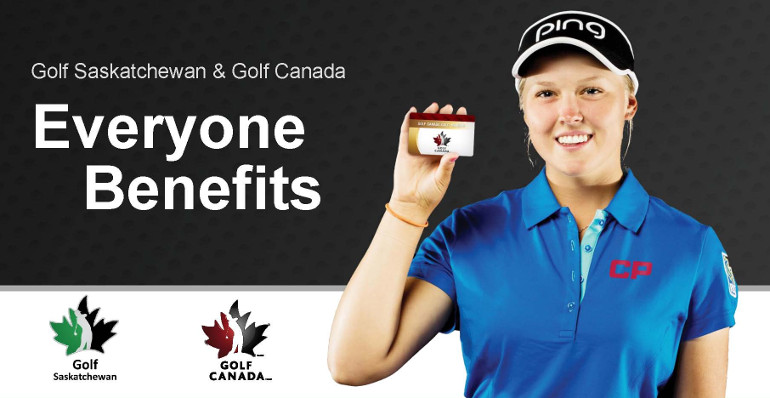 Golf Canada’s Incident Protection Plan continued to benefit golfers across the nation in 2018 including almost 20 members in Saskatchewan.

According to Golf Canada’s data, 17 claims were filed by Saskatchewan golfers this season totaling payouts of over $11,000 or an average of $665 per incident. A Golf Canada gold membership is $49.95 per year. The program includes incident protection coverage of up to $6,000 which includes lost or stolen clubs, golf cart damage, and glass breakage. Merchandise and ticket discounts plus online handicap tracking is included.

Of the 17 claims brought forward by Saskatchewan players this season, two were for equipment, two claims covered glass damage, four were for golf cart damage and nine covered deductibles owed to insurance companies in theft claims. During the claim process, claimants are asked to provide feedback on the program. October was a busy month of claims, but users were thrilled with the program and the benefits.

“I found the process easy to follow with a quick positive result.  Staff were friendly and helpful,” one claimant said.

“The Golf Canada Incident Protection program is a very beneficial “value add” to membership, I would highly recommend it. The staff were very helpful and accommodating. Processing my claim was very easy,” he said.

In 2017, Saskatchewan produced a dozen claims worth almost $5,800. The program works differently among Golf Saskatchewan member clubs. Some golf courses have the fees included in their membership packages, other clubs don’t include the gold protection plan. Saskatchewan public players can purchase the membership separately. Golf Canada Chief Sport Officer Jeff Thompson said one mishap during the season covers the initial fee.

“One broken window, one broken driver, the membership would more than pay for itself,” Thompson told Golf Saskatchewan.

Nationally 189 claims have been made in 2018 totaling just under $115,000 in payouts. Thompson admits through the first three years of the program changes have been made and the process has been simplified and streamlined. He said some clubs want to be helpful and look after claims for their members, but Thompson suggests the member looks after any incident.

“We’re really encouraging whoever experiences the incident should be the one following up on it,” he said. “this really assists the expediency of getting it dealt with, the turnaround time for the most part is very good. Sometimes the challenges stem from people trying to do the right thing (head pro or GM) by getting involved to help with the process but more often than not this can make it longer than it needs to be.”

The Incident Protection Plan is a year-round benefit and covers members who travel to play golf abroad as well. Golf Canada has full intention of layering more added value components to the membership package in the very near future that will bring even greater value to the membership. For now Thompson said a priority is to ensure that our member clubs share information about these benefits to their members and let their golfers know about the everything that comes with being a member of their provincial and national associations.