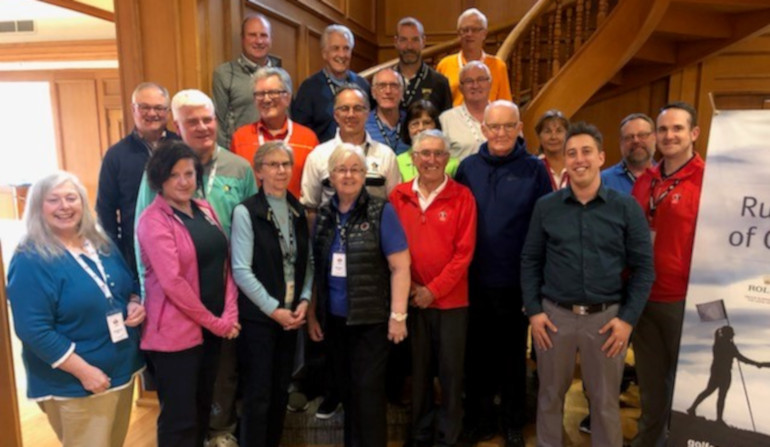 Golf Canada hosted a Level 3 Rules of Golf clinic in Winnipeg this past weekend.

Following a weekend Rules of Golf clinic this past weekend in Winnipeg and Montreal, 150 golf referees are now certified at Level 3 across the nation. The nation’s governing body has been holding seminars across the country leading up to the 2019 season.

Dan Hyant was an instructor at four of the clinics including the Winnipeg event. He said with approximately 150 new Rules of Golf changes coming into play this year there was some resistance among officials and recertifying but overall the sessions went well.

“Knowing the old Rules of Golf for a few years made it an easier transition for 2019,” Hyant told Golf Saskatchewan. “The new book is simpler to read so that made it easier. For those jumping in now they’ve never experienced the version that’s older and maybe a little more complex to read but for the most part everyone was fine with the changes.”

The new certified referees are the most Golf Canada has seen in the last five or six years according to Hyant. 170 people took part in the seminars with 20 attendees not receiving certification, but he said the success rate is good.

With so many changes taking place this year, Hyant said there are some challenges for current and new referees as well as instructors.

“I think referencing new definitions and terminology is certainly going to be challenging. I mean we’ve used the same old words so often. Just getting used to the subsections again, I think the rules are similar to the old code but certainly shortening them from 34 to 24 and knowing the subsections is going to take some time,” Hyant said.

Saskatchewan had four referees become Level 3 certified in Winnipeg. Terry Gaube, Jim and Linda Walker, and Kevin Duchscherer all recertified and are important Golf Saskatchewan volunteers. Among the course attendees in Winnipeg there was referees from Alberta, Manitoba, and Chicago, Illinois. Hyant said having someone involved from America brought a different perspective to the sessions.

“It was good to hear his perspective in terms of how things are operated down there, and how he has gone through his rule exercises,” he said. “Hopefully was can get him up here to officiate when he retires.”

Any rule referees that have recently completed their Level 1 training can expect emails from Golf Canada regarding upcoming Level 2 sessions that will be taking place either this spring or next year.