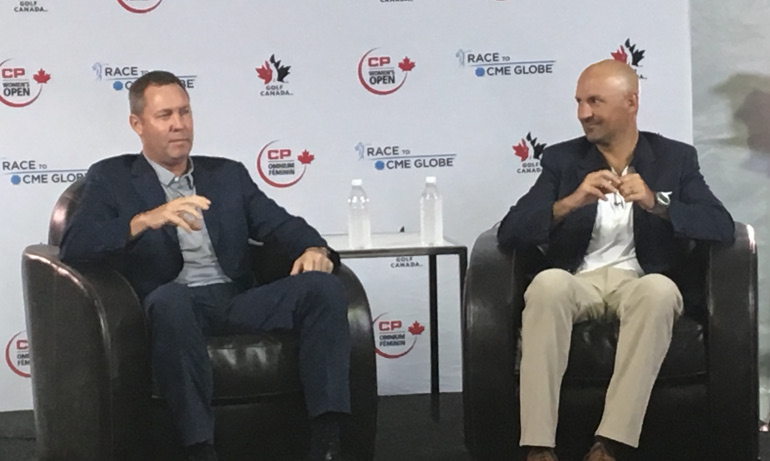 On the eve of the CP Women’s Open at Regina’s Wascana Country Club, Golf Canada’s boss is expecting a fantastic event.

Laurence Applebaum is nearing the one-year mark of his tenure as the chief executive officer for Golf Canada and his second LPGA event in the country. Applebaum was in the position last year when the tournament was held in Ottawa. He said Wednesday during a media conference alongside LPGA commissioner Mike Whan at the Wascana Country Club that expectations are high for the first ever event in Saskatchewan.

Among the 16 Canadians in the field are Saskatoon’s Anna Young who was exempted into the event via a sponsorship. Moon Lake Golf and Country Club professional Bobbi Brandon got in through the Monday qualifier at the Royal Regina Golf Club. Young is making her debut, Brandon played an LPGA event in 1998. Applebaum was part of a media day event in early June. At that time the Wascana was facing some challenges but Applebaum said the grounds crew and staff have worked tirelessly to get the course into ready shape.