Fun in the sun for Danielson 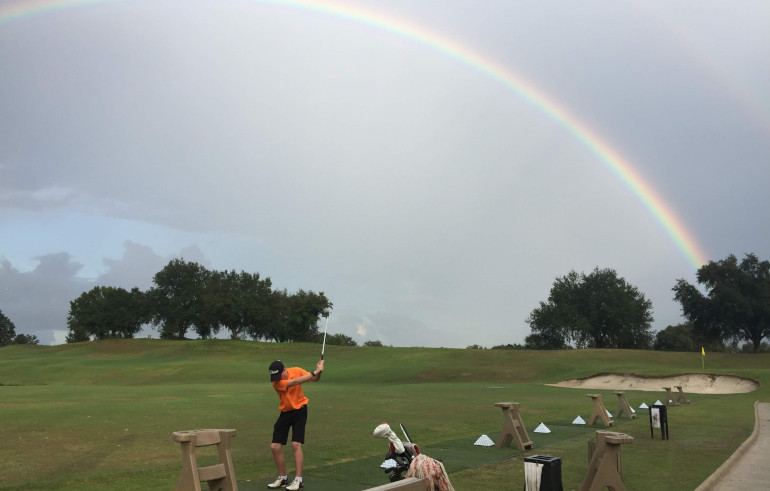 Saskatoon’s Tommy Danielson doesn’t have an extended competitive junior golf career yet, but he’s going to change that.

The 14-year-old just competed in the Maple Leaf Junior Tour (MJT) National Championship in Kissimmee, Florida and placed third in his bantam (13 – 14) age group. Danielson got into golf through the Wildwood Golf Course junior program in grade 4. By the time the sixth grade arrived, Danielson had quit hockey and turned his focus to golf.

Danielson has competed in some club championships at The Willows and Riverside plus other city-wide events. His first provincial championship was in 2018 in North Battleford for an MJT tournament. He played much more this year entering 12 events across the MJT, Future Links, and Saskatchewan Order of Merit Tour. In 2018 he played just two events. The heavier workload culminated with the third-place finish in Florida. He said the result was a pleasant surprise.

“I didn’t know what to expect,” he admitted. “After the first day I knew I had a chance at top-three. My putting was not very good, but I will take third anytime.”

He was tied for second after the first of three rounds at Reunion Resort. He was in third going into the final round. Overall he shot 236 (79, 79, 78). Danielson said he learned plenty about his own game competing in the 112-player field.

“I have the strength and the ball striking ability, but their short game is unreal. They get up-and-down from anywhere and that’s where I lost some of my strokes,” he explained.

World-renowned coach Sean Foley, who has Tiger Woods on his client list, attended the event and spoke to the competitors at a pre-tournament function. Danielson said some words from the Canadian golf coach resonated with him in potentially helping with his short game.

“Sean was saying you should always practice with a purpose. Don’t just go hit balls, always have a purpose that you are practicing for,” he said.

“I watch a lot of YouTube videos on college golfers and learn what they need to do to become who they are with marks and everything else. I’m really into that sort of stuff,” he said.

Danielson (red shirt) was the youngest competitor at the Saskatchewan Men’s Amateur Championship at the Saskatoon Golf and Country Club. He finished in a respectable 66th place. During round two of the event he was in a group with Saskatchewan Golf Hall of Famer Colin Coben, also the elder statesman of the field at 69 years old. Danielson said the one thing he learned from Coben is how he never seemed uneasy on the course.

“He always had a smile on his face,” Danielson chuckled. “I remember he struggled on one hole, but he came back with a couple birdies and back on his round. He never gave up, he was always going, always smiling.”

Danielson added that he’s been to Florida in the past and played recreational golf with his family but overall the MJT championship was a great experience.