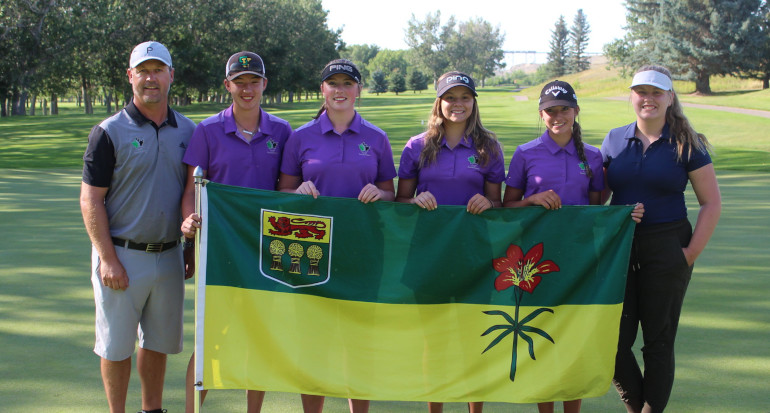 Brooklin Fry is picking up more and more national golf championship experience as the weeks pass and it is showing in the 14-year-old’s results.

The Shell Lake product shot two-over, 74 in the opening round on Tuesday setting herself well ahead of the cut line and within a shot of the top-10. The Memorial Lake Golf Club member kept her card quite clean during the opening round posting a couple birdies and two bogeys. A seven on the par five, 15th was her biggest blemish on the day.

Provincial junior girls champion Autumn Neiszner is hovering near the projected cut line after day one, the Wascana Country Club player shot a plus-10, 82, she’s tied for 74th. Ella Kozak of Yorkton sits in a tie for 82nd at plus-11. Creighton’s Lauren Fox shot a 91 to open her first national championship event, she’s in a tie for 111th and Veronika Duchscherer of Nipawin is tied for 117th at plus-25.

In the inter-provincial competition, Saskatchewan sits in fifth place overall at plus-12. British Columbia leads at minus-two.

The full leaderboard can be seen here including the ladies’ round two tee times. The cut line is expected to be the top 70 golfers with ties.

Euna Han of Coquitlam, B.C. is the leader at eight-under.