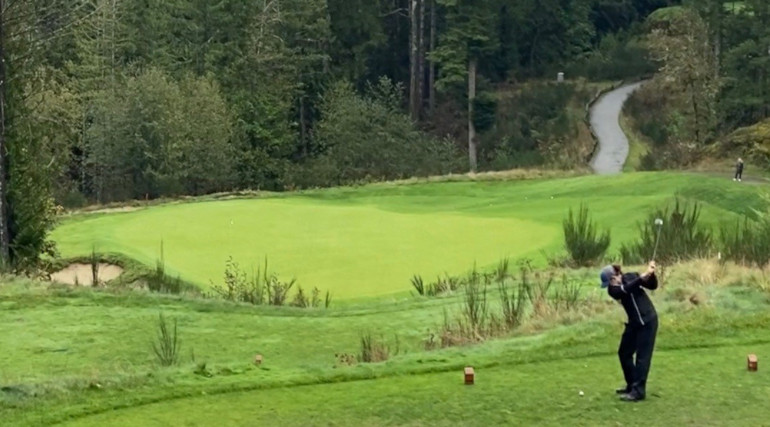 Shell Lake’s Brooklin Fry is looking back on a fantastic experience after the 15-year-old took part in Golf Canada’s junior team camp.

The reigning Saskatchewan junior girls and women’s amateur champion spent five days at Bear Mountain in Victoria, British Columbia last week at an invite only camp for the nation’s best junior golfers. Fry said the first two days included three hours of drills covering all shots before playing a round at the national training centre course. The camp concluded with a three-day mini tournament. Fry said the week was a great venture.

“It was a really great experience,” she told Golf Saskatchewan. “It was obviously a little tougher for me to get my game back because I haven’t touched my clubs since the Lobstick, but it was a really good experience and I had lots of fun.”

Fry shot rounds of 82, 85, and a stellar 76 on day three. She said Bear Mountain can seem like a daunting golf course.

“Yeah, visually it was intimidating,” she said. “You had to play your shots perfectly.”

During the exit meetings the coaches praised Fry’s game and said she did well. She was also the second youngest player vying for a spot on the national junior girls’ team. Fry admitted she likely won’t be the first Saskatchewan player on the team since Jesse Gibson in 2010 but has a few years left of eligibility. Overall she said taking part in the camp was an amazing experience.

“There probably isn’t a word I could use to describe it. It was really cool to actually get invited,” she said.

Fry said the coaches will be reaching out soon to discuss the team in further details.

For now Fry will put down her clubs for a hockey stick preparing for her first season with the U18 AAA Prince Albert Bears that begin games in the first week of November.