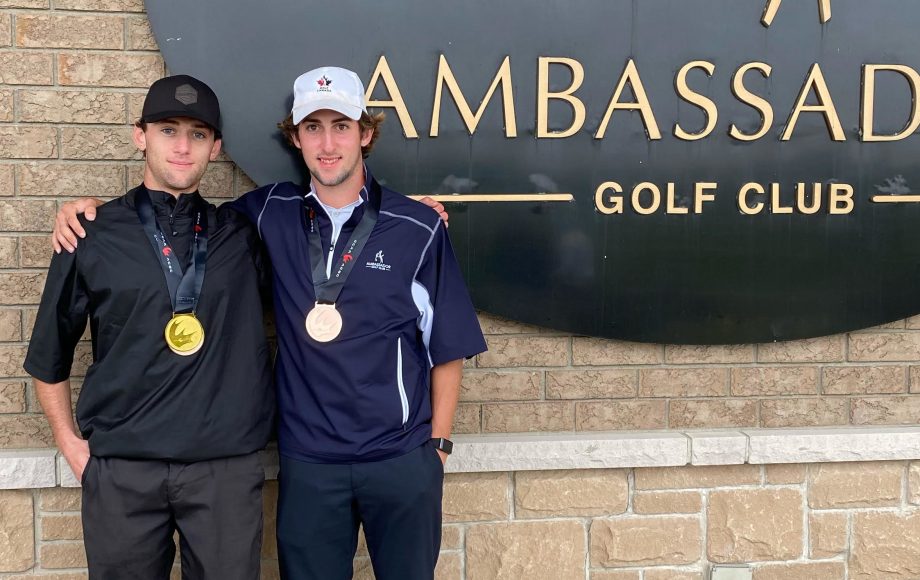 North Battleford’s Colby Friedrich has wrapped up is first season of college golf.

After taking a year off out of high school Friedrich reconnected with the coaches at Medicine Hat College (MHC) and navigated his way onto the school’s golf squad.

Friedrich, a successful junior on the Saskatchewan golf scene capped his rookie college golf year with a trip to the Canadian Collegiate Athletic Association (CCAA) national championship in Windsor, Ontario. Friedrich placed ninth at the national championship and assisted the MHC Rattlers with the team’s third place finish.

“It was fun, it was definitely a little different with the team aspect of it with the team scores, but I think we all had a really great time and obviously played an unbelievable course,” Friedrich said.

Competing in the Alberta Colleges Athletic Conference, Friedrich and his teammates including Estevan’s Jayden Dudas, played in the provincial championships over three Sundays that punched their ticket to the Ambassador Golf Club for the national event that wrapped u on Oct. 10. The event was scheduled for 72 holes over four days, but weather was responsible for a shortened championship. The players were through seven holes before rain forced a cancellation of the final round. Friedrich said the wipe out of the day was disappointing but overall he’s happy with a top-10 finish.

“The second day I had a six-over through four-hole stretch which kind of killed me, but the last day I was three under through seven and I moved up to sixth on the leaderboard. It would have been nice to finish that last day and keep moving up,” Friedrich said.

Friedrich’s season is now complete outside of a couple rounds in the Medicine Hat area before winter hits. He is studying education and will return to MHC next year hoping to bring more personal and team success to the college following a great year capped by Dudas winning the national championship.

“It was awesome, that’s for sure,” he said. “It was nice to see him win and both of us coming down here and having some team success as well. We won gold at ACAC provincials and then bronze at nationals; it was good to see. Hopefully we can bring this good play into next summer and fall next year.”

You can hear more from Friedrich below in his interview with Golf Saskatchewan’s Clark Stork.