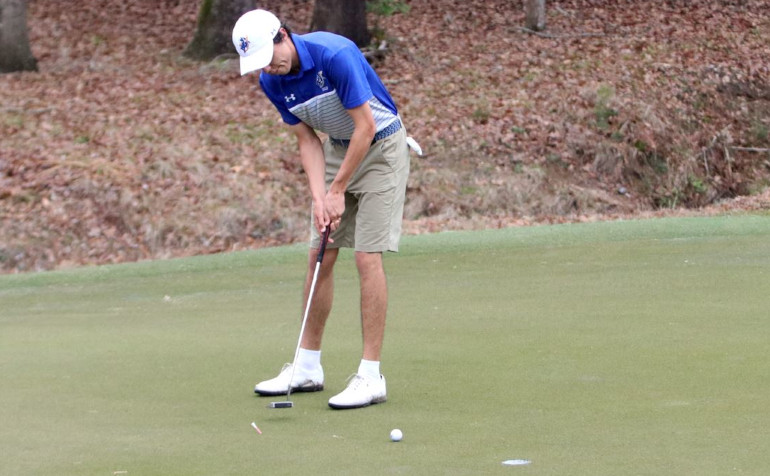 It was another busy week south of the border for Saskatchewan’s student athletes.

Kade Johnson was up to his old tricks for the Southern Arkansas University Muleriders. The Yorkton product carded rounds of 73 and 74 for a 36-hole total of 147, five-over par at the 6,873-yard Shoal Creek Golf Club in Kansas City, Missouri on Monday and Tuesday. Johnson’s score left him in a tie for fourth in the 2021 NSIC Preview.

Teammate Roman Timmerman of Saskatoon finished alone in 17th place. Timmerman shot 75 on day one and followed that with a 76 to finish at nine-over, 151.

As a team the Muleriders placed sixth out of 26 schools. They are back on the course in two weeks at the NSU Classic in Tahlequah, Oklahoma.

Connor Scissons had a great showing this week. The Saskatoon native picked up a 10th place finish at the ACU Spring Invitational. The Arizona Christian University junior put up rounds of 73 and 71 on Monday and Tuesday to finish at even par at the almost 7,200-yard Moon Valley Country Club in Phoenix, Arizona. Scissons was just nine strokes back of the winner.

The Firestorm placed third in the team competition that included eight colleges. Scissons and the team will travel to Sun City West, Arizona on April 27 and 28 for the GSAC Championships.

Prince Albert’s TJ Baker’s season continued this week. The freshman at Arkansas-Monticello was competing in the Bulldog Bash at Canebrake Golf Club in Athens, Alabama. Baker improved on every round shooting 79, 76, and 75 for a 54-hole score of 14-over, 230. That left him in a tie for 44th. The Arkansas-Monticello team placed sixth out of ten. They are scheduled to travel to Northeastern State University in Muskogee, Oklahoma on April 12 and 13.

Jacob Kydd and the Indiana Wesleyan Wildcats were in action in Indianapolis for the Butler Spring Invitational. The Regina product fired rounds of 76, 77, and 78 over two days at the Highland Golf and Country Club. Kydd’s 21-over, 231 left him in a tie for 48th.

The Wildcats team finished seventh out of 11 universities. They travel to Noblesville, Indiana on April 2 and 3 for the Purgatory Intercollegiate for their next event.

Reigning Saskatchewan amateur champion Ty Campbell competed this week as well. Campbell, in his final season at Southern Wesleyan University was in Lenoir City, Tennessee for the River Rumble.

Campbell and the Warriors placed 14th out of 18 teams. Their next event is the Conference Carolinas Men’s Championship from April 18 to 20.