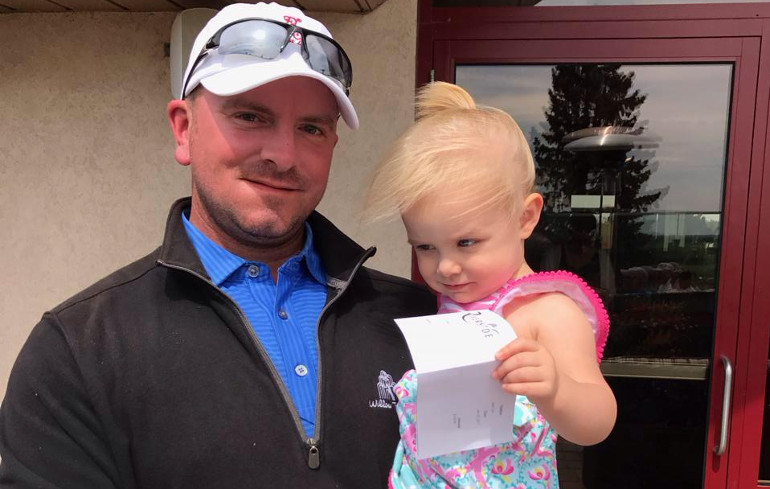 Torrie Coghlin will be among the 120 golfers in the Men's Amateur Championships.

This week’s Saskatchewan’s Amateur Men’s Championships will have some southern flair back in the field of over 120 golfers.

Former Saskatoon resident Torrie Coghlin has entered the championships for the first time since 2015. Coghlin moved to Alabama in 2004 to play golf. He now calls the state home, along with his wife Sarah and daughter Jenna. Coghlin, the mid-amateur champion in 2010, and two-time runner-up started the trash talking among the Saskatchewan men’s golf fraternity with a Facebook post filled with predictions of events on and off the course. He said the post has been a hit among the competitors.

“It was all just stereotype fun,” he laughed about the post. “It’s the truth which is funny, I like that kind of comedy. It was basically to give everyone a chuckle.”

Coglin won the Alabama Mid-Amateur Men’s Championship in 2013 as well. He said he tries to come back to Saskatchewan once a summer to play in a tournament. He added that with both the Men’s Amateur Championship and Mid-Amateur (+25) Championship being played at the same time at Dakota Dunes Golf Links the choice was easy.

“With both tournaments at a great venue, I thought it would be a great choice. I can stay at my parents’ place, my daughter can come up, if I go somewhere else I must travel and all that. This year was a no-brainer,” he said.

Coghlin’s post did throw light-hearted predictions on the early favourites but he couldn’t decidedly pick a winner. Having been gone for 14 years he said many of the top younger players he’s never met. He said he’s excited to see the likes of Roman Timmerman, Carson Harcourt, and Kade Johnson play. Coghlin said he will compete for his second championship but the comradery of the players is above the results.

“When I play in the State tournaments in Alabama you finish your tournament and go home. Here, you stick around, hang out, see how everyone did, have a beverage or two, have some laughs. I think it’s pretty unique,” he said.

Golf Saskatchewan decided to play both the men’s tournaments together to make it easier for participants who wish to play for both championships. Everyone will tee-off from the same blocks. Manager of sport and tournaments Steve Ryde said the Dunes will play three great rounds.

“Dakota Dunes is a championship links style venue that will challenge every aspect of one’s golf game. The eventual champions will emerge with their mental and physical game tested to the utmost extreme,” he said.

Regina’s Tyler Wright is the defending amateur champion. He’s not entered into the tournament this year. Brad Phelps of Saskatoon won last year’s mid-amateur tournament. He tees off at 12:12 p.m.

The first group will tee-off at 7:06 a.m. and the final group will take the course at 1:06 p.m. The results and groups can be found here.