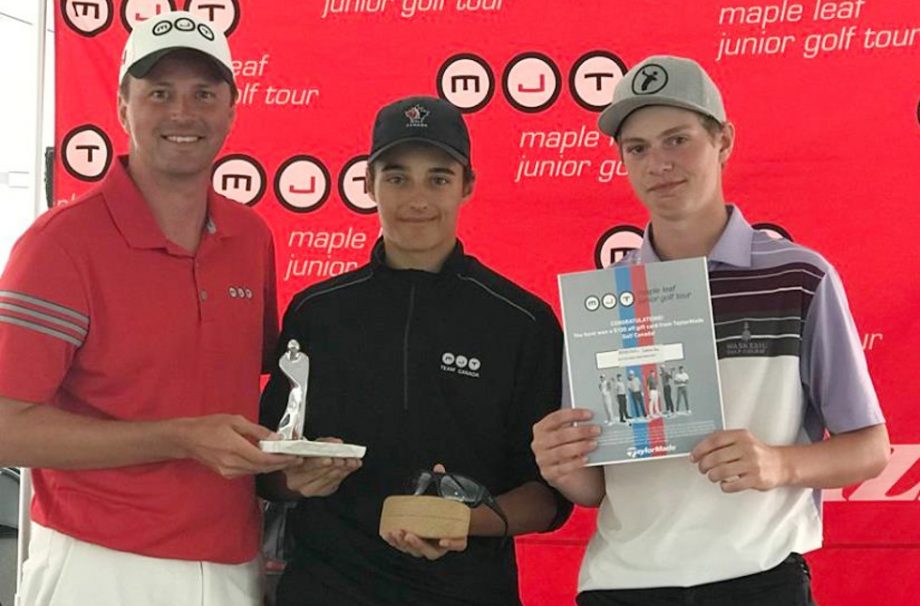 Nagy, 16, fired a 144 (73, 71) over the 36-hole event to win the juvenile boy’s division by five shots over Waskesiu’s TJ Baker, 15. Richard Dou of Calgary placed third in the category with a 154 (69, 85). Nagy came from behind by four strokes after the first round to win. He said his game is going well ahead of the Junior Championships next week.

“It feels great to win this week. Provincials are here soon, so it was nice to play well on this course,” he told MJT staff.

In the bantam age group Will Danielson, 14, of Saskatoon posted rounds of 74 and 86 for a two-day total of 160, one better than Regina’s Will Blake. Cort Tunall, 14, was two back in third place.

Three athletes competed in the collegiate division, Saskatoon’s Julian Gilewicz, 19, shot his way to a 12-stroke victory over 19-year-old Jax Gipman of Martensville. Josh Lipka, 20, also of Saskatoon fired a 189 (94, 95) to round out the age group placings.

Regina’s Alexandra Schmidt (above, right), 17, posted the lowest round of the female competitors.

Nagy and the five other division winners have earned invitations to the 2018 MJT International Players Championship at Fairmont Jasper Park Lodge Golf Resort in Jasper, Alta. from Aug. 13 to 15.

The next Maple Leaf Junior Golf Tour stop in Saskatchewan is the MJT–PGA of Saskatchewan Junior Championship at Dakota Dunes Golf Links in Saskatoon on July 23 and 24. Positions on MJT Team West for the National Team Challenge in Niagara Falls are on the line.

With files from the MJT’s Russ MacKay.