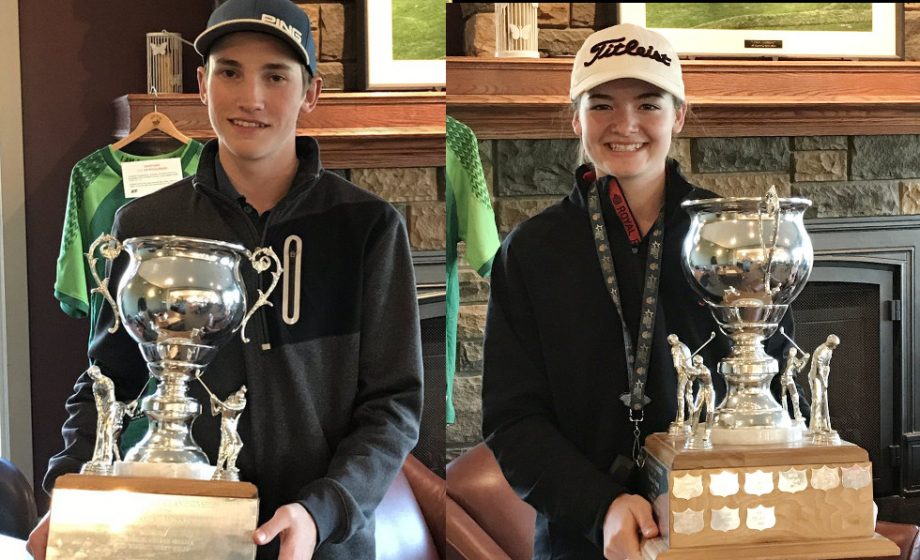 Cole Obrigewitsch and Alex Schmidt are the defending champions of the Regina City Junior.

The Regina City Junior golf tournament will take place over two days this weekend in the Queen City.

The event, open to both girls and boys has three age groups for competitors ranging from under-14 to under-18. This year the tournament will take place at the Royal Regina Golf Club and the Murray Municipal Golf Course on June 9 and 10. Organizer Garrett McMillan said the committee is working hard to revitalize the competition which is back for a third year following a decade long hiatus.

The event is now part of the Order of Merit (OOM) schedule with players gaining points in the standings. McMillan said there is extra incentive for the boys that register too.

“Our winner gets an exemption into the Regina City Amateur just so there is a feeder program from our tournament to theirs. It shows the winner of our event what they are up against once they aren’t juniors anymore,” McMillan said.

Cole Obrigewitsch was the boy’s winner last year, Alex Schmidt is the two-time defending champion on the female side. Many of the competitors entering the tournament are making their first attempt at competitive golf. McMillan said the basis of the event is still fun.

The cost to enter is just $110, that includes two rounds of golf, prizes, and supper on the second day of the tournament. The deadline to register is June 7, you can do so by downloading an entry form and emailing reginacityjunior@hotmail.com

A skills competition will be held on the second day as well.